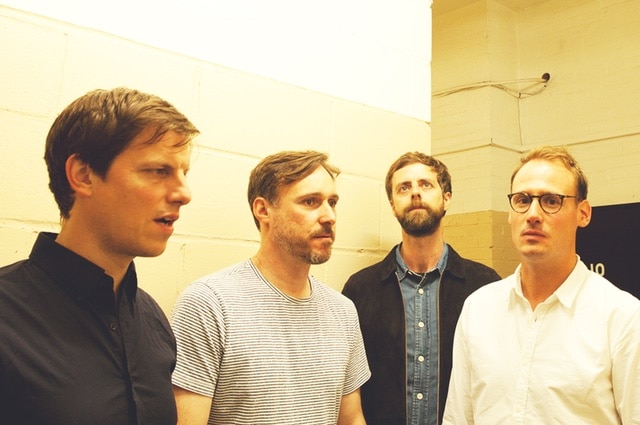 Almost a decade on since their self-titled debut album’s release, The Early Years are back to pick up where they left off with a new work called, simply, II.

Recorded in a shed in the back garden of front man David Malkinson’s Cheshire house, II is an album just about as important to legendary label Sonic Cathedral, who’ve spent nearly a decade trying to make it happen, as the band themselves.

With the long wait finally at an end, here you can hear the album in full ahead of its release below, and read the band’s track-by-track guide to the album as it plays.

This track has seen some evolution. It began life all the way back in 2008 when we tried to record our abandoned second LP. At the time it had a working title of DMXv2 as it was based around an Oberheim DMX drum sequence. The original version sounded like a hybrid of Tomorrow Never Knows and Blue Monday. Over the space of eight years it’s turned into a raw The Early Years track that has little resemblance to its origins. We may release the Neanderthal one day.

Our drone-funk track. This popped out of a rehearsal one week; it just seemed to come together. We recorded most of the audio at Phil’s home studio in London, Dave emailed over the vocal track while at home in Cheshire. Probably the easiest track to write and record, but one that we collectively like the most. It’s odd how some songs escape fully formed, where as others take years to craft and shape. Killer guitar solo on this one as well.

Started life as a 10-minute electronic instrumental that was based on a To Rococo Rot track and turned into a pop song over many nights in Phil’s home studio. We used a vocal from a really old demo that was recorded through an old HH tape delay. Brian Eno influenced a lot of the synths and Ebow at the end, if that wasn’t already apparent.

This song was the catalyst for making a new album. It was the first song we wrote again as a band when we decided to play together and record what has become the new record. A lot of this track was recorded live with one pass. We tried to use I Heard Voices (a B-side from our first single All Ones And Zeros) as a reference point as that’s a track that we all have fond memories of recording. It may seem a bit narcissistic using ourselves as a reference point, but it actually demonstrated to us that we were still able to produce great music if we didn’t constrain ourselves. It proved we could do this ourselves and get better results that heading into a professional studio and paying for an engineer and producer.

Originally written on an acoustic guitar as a lullaby to an unborn child. We then tried to Phil Spectorise it via the Velvet Underground and Suicide. 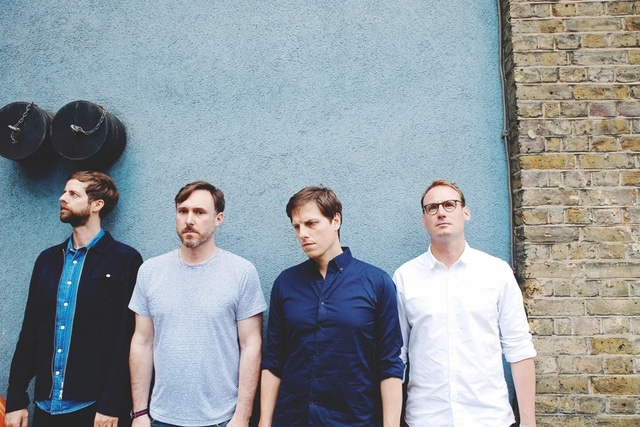 This was another one that started off as an electronic instrumental that was recorded when we were in our ‘noodling with synths’ phase. We then decided to turn it into a song, which pulled it all together. It reminds us of a more psychedelic version of The Stranglers’ Golden Brown. In a parallel world this would be a hit single.

Although we often get classed as a ‘neo-krautrock’ band this is the only track that has the classic motorik Dinger beat, but I guess labels stick. It probably has some of the best guitar ever recorded by Roger. The guitar solo blew up Dave’s Fender Champ – you can hear it bubble at the start of the first guitar solo and pop at the end. Dead. The second guitar solo was played with a broken Ebow that only intermittently sent an electronic pulse; it has that Adrian Belew guitar solo feel from Talking Heads’ Born Under Punches (The Heat Goes On).

This was a Cluster-inspired synth workout when Phil picked up an old Roland SH-1000. All the synth on this track was actually recorded from the first time that the SH-1000 was switched on and played, the rest of the track was then built around the three-part synth harmony. That synth has been used much since. The way the 3/3 and the 4/4 drum machines interplay gives it that ‘Zuckerzeit’ feel.

A dreamy synth workout. The Korg MS-10 delayed synth line really makes this track a stand out. It’s about realising that you can be truly liberated and be at your best when you’ve got nothing left to lose. Not withstanding that bleak undertone, the start of this one would work well in a Lloyds Bank advert or even a John Lewis Christmas ad.

Nat from Sonic Cathedral reckons this one sounds like Harmonia meets The Verve. We think it has more of a Caribbean electronica lilt, whatever that is. Its bright and cheery outlook acts as a nice counterpoint to the darkness of Nocturne at the start of the record; a pleasing resolve.

The Early Years’ album II is out through Sonic Cathedral on 23 September 2016. Tour dates and further information can be found here.