Spotlight: The Kinks – Lola Versus Powerman And The Moneygoround, Part One

This 50th anniversary edition underlines that, for consistency across an eclectic range, it’s difficult to match: here surely is one of the greatest true concept albums of all time 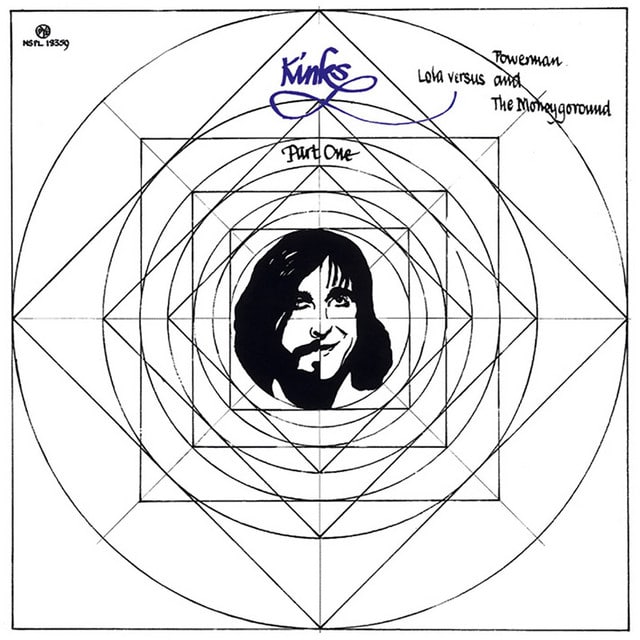 The Kinks – Lola Versus Powerman And The Moneygoround, Part One

Ah, concept albums – don’t you just love ’em? Exactly how they came to be, and why they did, is often hard to put a finger on. Boredom of the conventional album structure is a likely reason. So too the opportunity for an artist to explore how an album could become a fully integrated experience, rather than just a collection of songs. When the first concept album happened will also depend on what your interpretation of a concept album is, of course.

You have to go back to 1940 for the first potential instance, that being Woody Guthrie’s folk-heavy Dust Bowl Ballads. Fast forward to the mid to late 1960s for such as Frank Zappa’s project Mothers Of Invention with their 1966 Freak Out! The quality was suddenly increasing as contenders for the best such album came and went, with the bar continuing to be raised, The Beatles and The Beach Boys arriving a year later to stake their claims with Sgt Pepper’s Lonely Hearts Club Band and Pet Sounds respectively. The Who then tried their luck, and later on Pink Floyd, particularly with The Wall in the 1970s, contributed some top-ranking efforts amongst all manner of prog rock attempts. New classics continue to appear, with Green Day’s 2004 album American Idiot being one of the best of the modern era.

Londoners The Kinks arrived on the scene in 1964, formed by the Davies brothers Ray and Dave, but at first they were seen as a singles band – much like most others at that time – with albums very much indifferent in terms of quality compared to the brilliance of singles such as You Really Got Me. As with their peers, their albums in general soon began to take on a more important role as well as overall shape. Cohesive collections of similarly themed songs began to appear, and it is here where the grey lines on what exactly a concept album is become a little greyer. Much the same can be said of many albums claiming ‘concepts’, but loosely linking songs together seems an insufficient way to define something with such a well-known term in music. Songs that, when linked, tell a clear story… now that’s a different matter.

In 1967, The Kinks released Something Else, an album that contained the undoubted masterpiece Waterloo Sunset. This was, as noted by some writers, Ray Davies’ attempt at a Pet Sounds, with his songs about everyday people going about their business as if nothing’s wrong when really, deep down, trouble is afoot. Yes, the songs follow a theme, but a concept album? Not really per se. In 1968, Davies focused on introspective nostalgia with tales of the English countryside and growing up facing various trials and tribulations but again, it did not add up to a concept album in any true sense of the term.

By now, other true concept albums were coming thick and fast, The Small Faces jumping on the bandwagon with their final collection Ogden’s Nut Gone Flake for example, also in 1968, a story that explored the adventures of a character, Happiness Stan. The Who were back at it again with Tommy, a rock-opera that followed a deaf, dumb and blind kid on his journey, and then The Kinks had another go with Arthur – Or The Decline And Fall Of The British Empire the following year. This was much more in line with what a concept album should really be, with a lead character and a life story – unsurprisingly named Arthur – being at the core of the collection. We bore witness to Arthur’s home life, the fate of his offspring, and the general everyday life of a typical Englishman.

But in 1970 they hit upon a storyline that is truly befitting of the concept album term with Lola Versus Powerman And The Moneygoround, Part One. Back in the day when the only way you could release music into the public arena was with a recording contract at a major label, exploitation was rife. It’s the proverbial ‘got ‘em by the short and curlies’ situation in that it was a Catch-22 – you want to release music but you do it their way or you don’t do it at all. And when things are like that you no longer remain master of your own destiny. 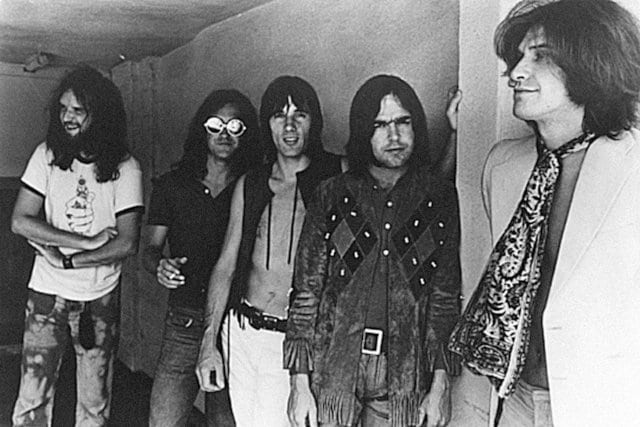 It is this experience that The Kinks brilliantly convey throughout Lola, an album of superb songs at every turn. But, regardless of the quality of the music this time around, the story makes for compelling listening as each aspect in a band’s rise to fame is analysed. This is what a concept album should be like: a story that makes you want to listen and take in every detail from start to finish. The fact that it also happens to be an album with a claim to be The Kinks’ best ever – even if critical analysis would suggest that it’s not held in as high regard as several other albums by the band – makes Lola an essential purchase if it’s not already within your collection. Davies’ writing was at its peak, his ability to inject tongue-in-cheek humour into the mix also becoming more prevalent.

The album begins with Dave Davies’ familiar banjo before striking electric guitars and piano craft a gem that recalls The Faces in places. Acoustic strumming then paves the way for Strangers as Ray Davies sings of “people coming after me”, before Denmark Street gives the first glimpse of external control: “your hair is too long”, we are told, and that this ‘figure’ hates the music but he “might be wrong”, a ploy if ever there was one to crush the hopes of wannabes in painting a picture of such slender chance of success that they would be putty in the hands of a manipulative control freak ready to exploit the naïve.

Chiming guitars and Hammond organ contribute to the melodically strong Get Back In Line where the story diverts to the alternative: a place in the jobs queue. Back in the 1960s you would literally stand in line for available jobs where qualifications and eligibility as well as general suitability were largely overlooked in favour of your place in the line. Davies then pours scorn on the situation, “men who decide if I live or I die” – an all too honest description of the reality.

Lola the single needs no introduction, being an absolute classic that enjoys regular airtime to this day, but its subject matter of a trans woman approaching a wide-eyed country lad was way ahead of its time. Top Of The Pops takes a parody of The Kingsmen’s Louie Louie guitar riff as the first signs of success appear, and then the vultures descend for The Moneygoround, with everyone wanting a piece of the pie. This Time Tomorrow describes the feeling of not knowing what’s round the corner – literally day by day – as success pulls you in all different directions and as a result, A Long Way From Home states the obvious consequences. Apeman is another genuinely classic single, the catchiness of which will stick in your head forever, and the story finishes off with Powerman – “I’ll never be your slave” – as rebelliousness surfaces before closer Got To Be Free sees them wanting freedom but “I don’t know how”. A masterful piece of storytelling and one that had an intended part two; Ray Davies once explained that there simply wasn’t time to put it together though due to, ironically, the demands placed upon the band, and so it was shelved.

To mark its 50th anniversary, the album is being released across several different formats and packages. There is already a 2014 re-issue in circulation but the new release is a definitive edition containing a wide variety of goodies. There are lost tracks like the excellent The Good Life, a song that should have been included – it fits in with the story perfectly for one thing – and various other versions of the most famous singles as well as some live cuts. Several 2020 mixes are also included. These sound amazing compared to the mono versions of several songs which are also included.

Aside from the more standard extras, the scattering of tracks labelled Ray’s Kitchen Sink are, despite their limited shelf-life, fantastic. Much like your favourite DVD includes director’s or leading stars’ commentary extras, listening to the Davies brothers chatting away as they reminisce about the era, their thoughts during the creative process, the feelings they were having, their father, even, is fascinating. They come across as the most down to earth rock stars you’re likely to meet, if you were ever lucky enough, and it’s a joy listening them, bearing in mind the troublesome past that saw on-stage fighting as a common occurrence: not the only sibling rivalry to have been evident in bands, of course.

With the re-release arriving in all these different formats, it’ll be a difficult choice as to what to go for. Whilst the appeal of all the extras is huge, unfortunately the majority of ‘new stuff’ is only offered in limited quantities, which is a shame. If the standard release had simply been a triple CD set then that would have been the one to go for, but instead, you are left scratching your head and having to analyse each option carefully, those being: a limited book pack with three CDs, two 7” singles and some colour prints; a single gatefold LP; a single CD edition; a double CD with hardback book; deluxe double CD pack; various digital only options.

How Lola Versus The Powerman And The Moneygoround, Part One is not recognised as an all-time classic in more quarters is astonishing. Sure, several of their other albums boasted some superb tracks, but for consistency across an eclectic range Lola is astoundingly impressive and difficult to match, surely having a claim to be one of the greatest true concept albums of all time; there really is never a dull moment and that is why you must get hold of this piece of sheer brilliance immediately. Just do your homework on the full contents of the options first.

The Kinks’ Lola Versus Powerman And The Moneygoround, Part One 50th anniversary multi-format album reissues are out now through BMG. Further information can be found here.

The Kinks MP3s or CDs

The Kinks on Spotify

More on The Kinks
Spotlight: The Kinks – Lola Versus Powerman And The Moneygoround, Part One