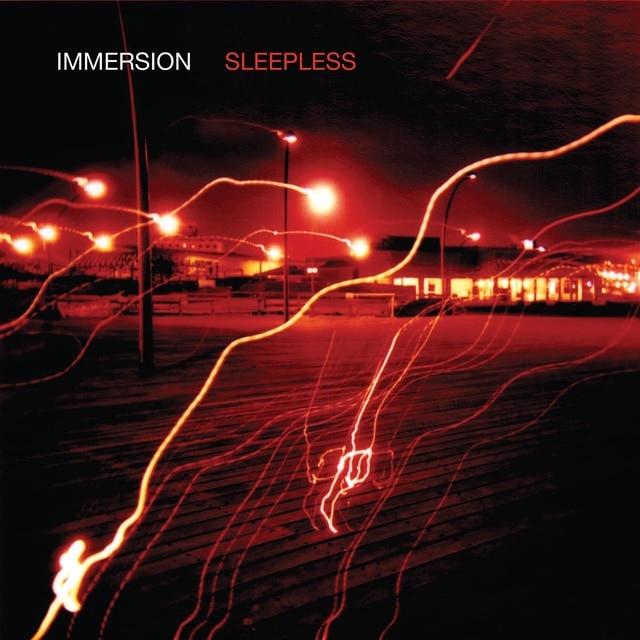 New album Sleepless, a suite of 10 distinctive, unpredictable instrumentals that effortlessly encapsulate a range of emotions and energies, follows 2016’s Analogue Creatures Living On An Island, and is at once a logical development and huge leap forwards. Although the influence of German krautrock pioneers like Tangerine Dream and Popal Vuh is still detectable, Immersion have evolved their own far more personal sound. Their amalgam of fascinating textures and limpid melodies gives their compositions an irresistible appeal.

Here Newman and Spigel guide us through the tracks, starting at the beginning, with Microclimate…

Microclimate
As the BBC Weather announcement says “your weather is more local than you think” 🙂 This piece started life as a little Malka two-chord arpeggio but we built layers and sections on top and around it until it became what you hear. Most Immersion tracks start with tiny little ideas and grown into something larger & richer. It’s an organic process which we don’t force – we just go where the ideas take us. It’s the first track on the album for two reasons. One is the way it grows from an almost abstract beginning, like the start of a journey you didn’t entirely plan. The other is that the first hit on the snare drum signals a new era for Immersion. Since 1999s “low Impact” Immersion has either been beat-less or with very small drums. This album has proper “grown up” drums!

Off Grid
Although there are guitars on this album there are actually no “regular” guitars. On this track the rhythm guitar is provided by a tenor guitar. It was something we got during making the album. A tenor guitar has only 4 strings and is much smaller than a regular guitar. You can make simple chord shapes with only one or two fingers. Neither of us actually know how to play it but that hasn’t stopped us 🙂 Malka plays just one simple chord and we built the track around it. The source of the percussion sounds is quite interesting. They come from a set of sounds Colin recorded around the house when we lived in Brussels many years ago.

MS19
Immersion has it’s deepest roots in dance music. When we started to work together as Immersion, in the early ’90s, techno and electro were the currencies in use. We weren’t exactly dancefloor but those were the references. As time moved on we moved away from anything you could have remotely described as dance floor but we’ve always retained a fondness for elements of music that would sound best in a club. This track is all about the sub bass. You need do hear it on a system with a decent sub at least but best on a big system!

Sleepless
We played some of these tracks to a friend when the album was close to being finished and his question was “what kind of music would you describe this as?” When it comes to the title track you can perhaps see his point. Immersion mixes real world & electronic sounds quite liberally. Sometimes it’s not at all obvious what instrument is playing. Here what starts as sounding like a clarinet or other woodwind, in amongst other woodwind and brass sounds, morphs into an obvious synth sound. The lead line played & adjusted by Malka using the trusty Korg MS-10 (which is pretty much on every Immersion track ever made) is the soul in the machine, a plangent, poignant voice in the night…

Propulsoid
The two of us have played quite a few “Krautrock Karaokes”, even with Michael Rother and his band so we thought it might be interesting to do something based on Klaus Dinge’s notorious “Apache” beat. Again the MS10 takes the lead here providing a simple bass-line that squeaks and whoops in a way no TB303 ever could. We thought it might also be fun to involve Holy Fuck’s Matt Schulz in this one. He’s someone we have played live with before and in fact he’s joining us for half of our N American tour. It’s always been in Immersion’s remit to mess with genre expectations – mixing kraut rock with acid squelch is an unlikely combination but it sounds perfectly plausible! It’s already a firm live favourite!

Hovertron
Immersion are suckers for a good groove and this has the elements we consider essential for that, dubby bass, nagging synths and little funky (tenor) guitar break. Like many immersion tracks the little looping MS10 that opens the track is actually not in time with anything else but itself so provides a nice counterpoint to the rest of the music. Immersion titles can be descriptive, the title describes the sense we have from the music. 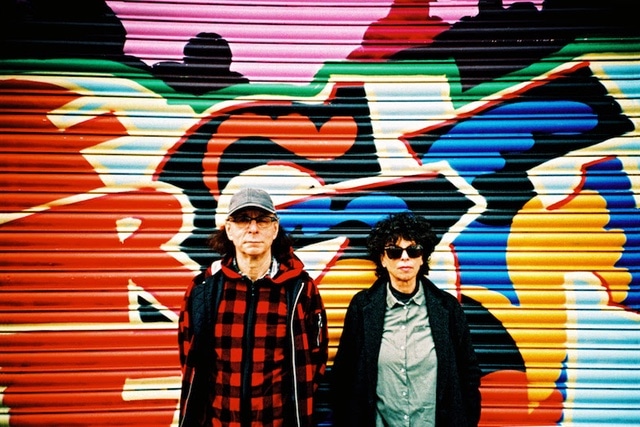 The Humming Sea
We live in Brighton and that fact has become a major element in our music. The proximity to the sea means the air is clean and the sun is bright. It has it’s dark side but in the main it is a very positive place. This track kind of sums up some feelings about where we live. We walk by the sea every day we can (sometimes twice). The sea is a constant in our life yet always changing. It can look different every time you see it even on the same day. One is close to a body of water that touches every coastline in the world and yet is completely local.

Manic Toys
Immersion has never shied away from combinations that might seem to some almost barmy. Here you have a combination of a dubstep style sub bass and a Charleston beat. Come on you know you’ve always wanted to hear that 🙂 Throw in some manic toys (demented synth parts) and you end up with something unlikely yet it’s amazing how the ear can readily accept such combinations. We mess with your head & your feet 🙂

Seeing Is Believing
This track – a collaboration with the band Hexenschuss (Gil Luz Keyboards, Assi Weiss drums) – started life as a remix of one of their tracks and was the first track completed on the album. The “remix” contains very little of the original piece’s structure but does retain some of it’s elements which is why we considered it fairer to call it a collaboration. Making this track in fact inspired us to continue on and make the body of work now called “Sleepless”. It would have been a bit over conceptual to have reduced the drums so we just kept their general nature. It was the gateway drug to actually having drums on the album!

Io
Io is a moon of Saturn, just so you know… Some pieces are just about pure beauty, there isn’t a lot you can say about them. Our work is never over thought. We allow the pieces to just be themselves and follow their own logic.

Immersion’s Sleepless is out now through Swim~. Tour dates and further information can be found here.