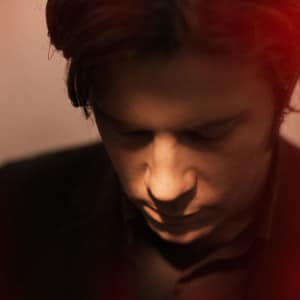 Ed Harcourt follows his sixth album, 2013’s Back Into The Woods, into the New Year with a mini album of new material called Time Of Dust.

These are busy times for Harcourt. Aside from his own albums, he co-wrote and produced a new album for Sophie Ellis-Bextor (also set for release this month), appeared at festivals, was musical director for Beck’s Song Book at the Barbican, wrote songs with amongst others Kathryn Williams, Ren Harvieu and Sam Smith, composed soundtracks for three movies due in 2014 and recorded collaborations with Rae & Christian and Nouvelle Vague’s Melanie Pain.

Somehow in amongst all this, and touring, and the Christmas break, he found time to pen a track-by-track for Time Of Dust. This is it.

1. Come Into My Dreamland

According to the facts in an average lifetime we spend 227,468 hours in the land of nod. That’s about 26 years of dreaming. Yet perhaps we only remember, hmmm a rough estimate here, 0.00000666 % of our dreams? Let’s be honest though, there’s nothing more tedious than someone telling you about the ridiculous dream they just experienced; “and then I was sliding down a hill made of blancmange and a giant Alan Sugar was wearing a snorkel and flapping his arms up and down, and then…” Unless you’re a shaman. Or David Lynch.

The protagonist in this song wants to guide you, heal you and ultimately eat your soul. A mystery guest appears on BVs in the 2nd verse, he’s become a very good friend of mine, although I wouldn’t want him round for dinner; terrible eating habits.

While we’re on the subject of reveries of rancour, I believe it is the police-state given right of every giant and homunculus to rant and rave at any deluded scapegoat he sees fit. Whether it be snake oil salesmen, Northampton clowns or songwriters who think they’re being clever by vomiting a thesaurus onto the screen, these charlatans must be stopped. Or even thin air actually. Thin air is my only friend.

I just remembered I’m talking about my dream in this song. What a loser.

3. The Saddest Orchestra (Only Plays For You)

One of my earliest memories is seeing Tom from Tom & Jerry dressed as a conductor, tapping the lectern with his baton and whooshing his impressive and mane-like Beethoven style wig before leading his cartoon feline orchestra into some frenetic score. Turns out that Jerry wants to conduct too so they end up fighting for the position. I always felt Jerry was a bit of a dick. He really makes Tom’s life a total misery.

Whilst playing the drums on this song I developed a third arm which really helped with the 2,000 BPM snare roll.

4. We All Went Down With The Ship

I’m not sure about this ‘no man is an island’ concept. What about hermits and hoarders? Tom Hanks in Cast Away? Let’s face it, he was a lot more interesting when he was talking to that ball. Are humans really that far removed from lemmings? How many questions am I going to be asking in this section?

During research for this song I managed to accidentally record the first ever U-boat sonar ‘ping’. It was a close call as there were some angry looking prawns looking to duff me up but I paid them off in plankton. Look it up, it’s ALL over the net.

Very interesting bird, the rook. Their collective noun evolves from the election process within a rookery. One rook is chosen to squawk and chatter as impressively as he can muster, if the other rooks get his ‘vibe’ he then becomes their leader. If they’re not so enamoured, they peck him to death. Tough gig. It would be funny if they actually did that in the House Of Commons. I would totally watch the BBC Parliament channel all day long.

This was originally called Love Is A Melody but then the powers that be started using it as warm up music on some Mixed Martial Arts channel so I had to change the title. I know what you’re thinking, yeah he’s being a sarcastic smart-ass, but it strangely worked. A bit like the opening scene in Raging Bull, except with more tattoos and blood.

is out now digitally and on CD through CCCLX Music on 20 January 2014, with a vinyl edition following in February. More at edharcourt.com