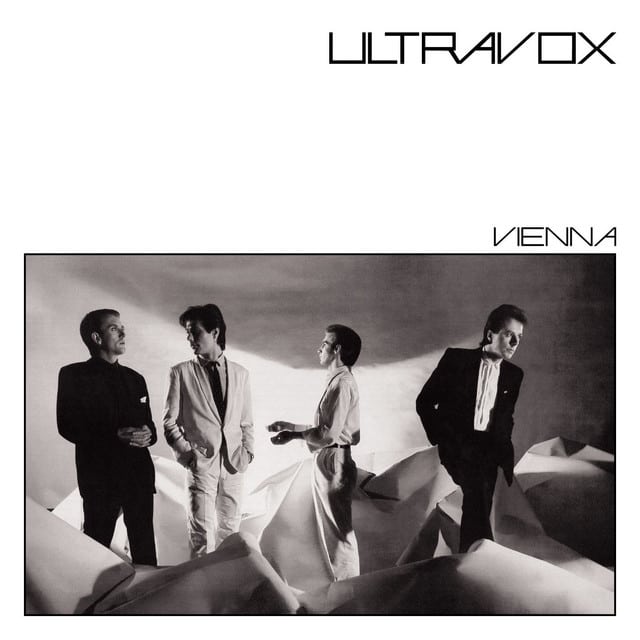 At the latter part of the 1970s and early 1980s, several bands faced lead singer changes that would transform their fortunes. Sometimes this was in the face of tragedy, with Joy Division becoming New Order after Ian Curtis’ suicide, Bernard Sumner taking on vocals, whilst AC/DC brought in Brian Johnson after the death of Bon Scott. Elsewhere, Duran Duran saw a succession of singers come and go before settling on Simon Le Bon, and John Foxx left Ultravox, a band that at the time were more of a cult concern than anything threatening chart success.

Midge Ure, a friend and colleague of Ultravox keyboard wizard Billy Currie through their Visage connection, already had a pedigree that included a Number 1 single (Forever And Ever with Slik) plus stints in The Rich Kids and Thin Lizzy as well as Visage, a band for whom he wrote the synth-pop classic Fade To Grey. At Currie’s bequest, Ure stepped in as both lead singer and guitarist for Ultravox as personnel changes also saw guitarist Robin Simon leave. It was this moment that proved to be the catalyst that took Ultravox from cult status to stardom.

There was considerable work to be done when Ure joined. They’d lost their Island recording contract as well as their songwriter and driving force – although with hindsight, the latter proved the making of the other group members, most notably drummer Warren Cann, who assumed lyric writing duties – and they were skint. “In 1979 when I joined Ultravox we had nothing,” Ure recently admitted. It was his burning ambition to incorporate all the elements of his career to date within one place, and Ultravox allowed him to do this, helped by the total agreement of all band members: electric guitar, pop sensibilities, and an increased electronic presence with synths and drum machines all came together in one all-encompassing mix. But perhaps the real key to the whole project was Ure’s willingness to share responsibilities throughout the band, something Foxx had not let happen.

Once they’d nailed their sound and had some material in place, to get the band back on track they headed back to the US, a place the previous incarnation of Ultravox had only recently visited, but this enabled them to gel with less home-applied pressure. Many songs they took to the stage in those early days had emerged from full-on jams, and with all the segments now in place they were having fun; it wasn’t long before Chrysalis took them on. But this only happened after German producer Conny Plank – who had produced the third and final Foxx-era album Systems Of Romance in 1978 – took their new song Sleepwalk and gave it the full production treatment, rather than sending in a standard demo. The decision proved worthwhile, and they were on their way.

Having accumulated enough songs for an album, they again turned to Plank. Recording took place in London at RAK Studios before they headed off to Plank’s own studio to mix the tracks. Plank’s CV was impressive, having worked with both Neu! and Kraftwerk, two bands that had a significant impact on the new version of Ultravox, and it’s since been lauded as a masterful mix that could never be bettered. Initially given a working title of Torque Point, the UK version of the original album had nine tracks and then Vienna – a song they had to badger Chrysalis into releasing as a single due to its length – assumed the album title simply due to it being their favourite track.

But things were slow upon the album’s release back in July 1980, sales faltering despite lead single Sleepwalk achieving their highest UK chart position to date – 29 – a month later. Passing Strangers failed to reach the same heights, but when the label caved in and released Vienna as a third single, things took off. The single shot to Number 2 in the UK charts and remained there for four weeks, annoyingly kept off the top spot by a ridiculous novelty record as well as John Lennon after his tragic New York murder. But as a result of the song’s soaring popularity, the album also shot up the charts to Number 3, a magnificent achievement for a band that had all but been given up by many following Foxx’s decision to go solo. A fourth single would be released – All Stood Still – as Ultravox tapped into an ominous feeling the world seemed obsessed with at the time, that of a nuclear war threat. It was a subject covered numerous times on records in the early 1980s, including on Tears For Fears’ Mothers Talk and Frankie Goes To Hollywood’s less subtle effort Two Tribes in 1984. Ultravox also returned to the subject for their own Dancing With Tears In My Eyes later in their career.

It’s staggering to believe that it’s been 40 years since the release of Vienna, but to celebrate the milestone a new anniversary box set has been released. Why, you might ask, for hasn’t this udder been fully milked already, not least by the 2008 reissue? Well, this time it’s considerably more definitive and is an absolute must-have for any Ultravox fan. Two versions are being released, one on 180g half speed remastered vinyl and a CD plus DVD set. Fans will instantly be looking for additional material on top of what’s been released previously and there’s plenty, although a CD full of cassette recordings probably isn’t going to win the best new feature award – they sound muffled at best, which will come as no surprise to those who lived through the radio cassette era. Instead, look to the new mixes of the album completed by Steven Wilson in December 2019 including a 5.1 stereo mix as well as surround sound DVD. There’s also an informative booklet included featuring personal photographs and new cover notes on the songs by all members, with Cann’s contributions most revealing. Alas, he does refrain from revealing who Mr X is, but we expected that; there are plenty of interesting facts to get your teeth into nevertheless, including explanations on equipment used, like the Roland CR-78 drum machine that provided the ticking sound on opening instrumental Astradyne.

Best of all though is undoubtedly the additional live set recorded in St Albans in August 1980, all of which is previously unreleased; this was from Ure’s first full UK tour with Ultravox. There are a few remnants from the Foxx era, a phase that was soon put to bed as the band gradually increased their repertoire with new songs, but it’s a joy to hear Ure lead Quiet Men, Hiroshima Mon Amour and Slow Motion, all Foxx penned numbers, as well as the Brian Eno cover Kings Lead Hat, a song famed for taking its cryptic title from an anagram of Talking Heads. In all, there are 14 tracks from the same gig included, the concert also being included in full on the vinyl version.

An additional limited run of clear vinyl LPs were also available for pre-order as the band revisited their trademark history of clear vinyl releases but you’re too late for these already. For vinyl fans failing to snap them up quickly though, the 180g remastered black vinyl should be dandy enough.

Whilst John Foxx has remained a much lauded cult act for the rest of his career, Ultravox’s popularity shot through the stratosphere thanks to Vienna, both single and album. Going on to release Rage In Eden a year later and then Quartet in 1982, their chart success continued until 1984’s Lament marked the end of the golden era and most recognised line-up of Ure, Currie, Cann and bassist Chris Cross. Cann left the band, replaced by Big Country’s Mark Brzezicki for 1986’s U-Vox, which in turn was Ure’s last album until both he and Cann returned for 2012’s unexpected Brilliant.

The 40th Anniversary box set is, without doubt, as definitive a release as you could hope for, and at a price that won’t break the bank it’s an excellent investment. Whilst arguments will rage over Wilson’s mixing compared to the original Plank mixing, they are both included, so take your pick; whichever is your preferred mix, this is one hell of a release, and a timely reminder of one hell of a band.

Ultravox’s Vienna (40th Anniversary Edition) is out on 9 October 2020 through Chrysalis. Further information can be found at ultravox.org.uk