This Music Made Me: Blanck Mass

by musicOMH
published: 8 Mar 2017 in This Music Made Me
Tweet 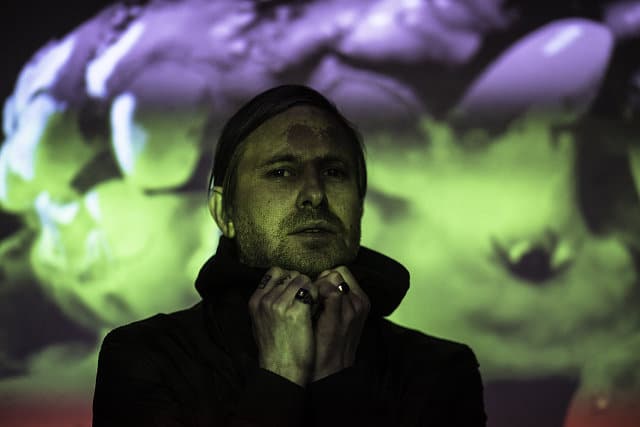 As half of Fuck Buttons, Benjamin John Power provided material for the soundtrack to the opening ceremony of the 2012 Olympics. His solo work as Blanck Mass is this spring expanding to three albums – and a soundtrack – in size with the release of World Eater.

By turns brutally pulverising and exhilaratingly freefalling, according to Power the album is born of “a previous year teeming with anger, violence, confusion and frustration”. Its best moments take the music beyond the whirling moshpit of beats on to a higher plane; Rhesus Negative is a nine-minute highlight, too fast to dance to, too huge to ignore. 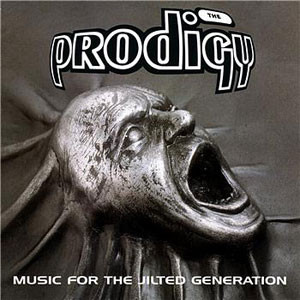 I used to hang out with this guy called Matt Chivers when I first started high school. He didn’t go to the same high school as me but he lived around the corner. He taught me to smoke when I was 13. After school we used to go down to the canal by his house and smoke one cigarette each.

Afterwards we would go back to his house, douse ourselves in Lynx Africa so that our parents wouldn’t smell cigarette smoke on us, and listen to Music For The Jilted Generation by The Prodigy.

Matt would generally supply the cigarettes but every now and then I would ‘borrow’ a few Silk Cuts from my mother’s handbag for us. This is not to say that The Prodigy turned me to crime, or that I was a thief at all really, although I did have another brush with the law a few years later involving an undercover surveillance officer and ‘Games Workshop’. 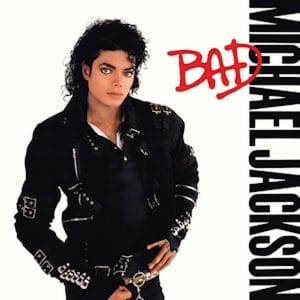 The first live show I ever saw was Michael Jackson at Wembley Arena on his Dangerous World tour. My mum took me for my ninth (?) birthday. I was beyond obsessed with Michael Jackson at the time so this was a huge deal. Some choice memorable moments:

Having mentioned the above, I feel that I should level with you. I was more of a ‘Bad’ guy than a ‘Dangerous’ guy. 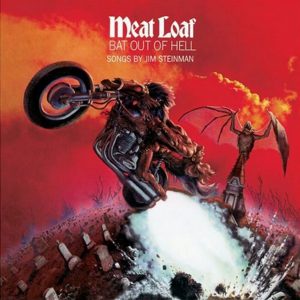 My Mum was married for a good few years to some bloke who was obsessed with listening to Meatloaf’s Bat Out Of Hell when he was driving around in his car and singing along to all the words.

Even when he clearly didn’t know the words he would still sing along which would result in certain phrases being mumbled before he could ‘join in’ again on a line he definitely knew the words to.

I am pretty sure that I decided that I wanted to learn to play the guitar when I was a kid after listening to a Roxette song. I can’t recall which particular one it was now. Sorry.

My older cousin Carl gave me a copy of Pantera’s Vulgar Display of Power on cassette when I was maybe 12. All was going well until my Mum caught me listening to Fucking Hostile. I swear, her and my Aunt had an intervention that day and I guess Carl got grounded.

A similar thing happened a few years later with Cypress Hill’s Black Sunday with A To The K being the main offender.

One Boxing day I ran out with my brother to Worcester High Street to spend our annually gifted £15 HMV Vouchers.  My exchange that year was in the form of Life Is Peachy by Korn on CD.

My brother opted for more laid back options in the form of Robson and Jerome’s Up On The Roof and Michael Jackson’s Stranger In Moscow. Both on CD single. Needless to say, I had the last laugh.

My Grandfather used to be an Elvis Presley impersonator so there was a bit of that going on. Also, my Grandmother is from Austria and yodels pretty well. In fact, they do a great collab of Wooden Heart. It really is quite good. 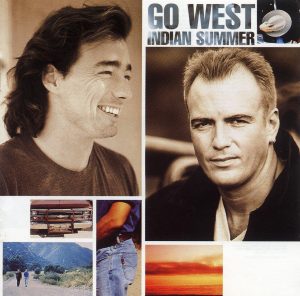 On a Saturday morning, my Mum used to whack on a CD copy of Go West’s Indian Summer and get thoroughly stuck into the housework. Very motivational.

When I was very young, I remember another Christmas where my brother Adam and I were bought our very own and very first vinyl singles.

I was gifted You’re In The Army Now (Status Quo) and Adam, the Hot Butter version of Popcorn. We actually ended up swapping as we both preferred each other’s. Popcorn to this day remains one of my favourite pieces of music.

I never liked the Red Hot Chilli Peppers, so don’t even ask.

Blanck Mass’s album World Eater is out now through Sacred Bones. Tour dates and further information can be found here.