This Music Made Me: Carter Tutti Void

by musicOMH
published: 16 Sep 2014 in This Music Made Me
Tweet 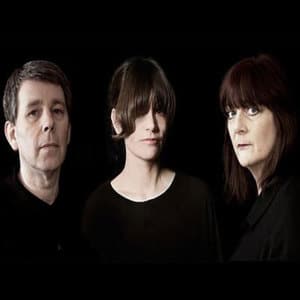 Noise merchants from the id Carter Tutti Void consists of Chris Carter and Cosey Fanni Tutti from legendary Industrial music pioneers Throbbing Gristle, and their own recordings as CarterTutti and Chris & Cosey, and Nik Void from Factory Floor. Based on an improvisational ethos, their focus is on transformative interpretations rather than recreation.

Following their stonkingly stentorian debut album Transverse, released in 2012 through Mute, the trio return this autumn for a handful of live dates featuring new material – two headline shows at London’s Oslo and a pair of festivals, in the Netherlands and Poland.

Ahead of this re-emergence, Chris, Cosey and Nik raided their record collections to tell us about the albums that have influenced them most for Carter Tutti Void’s This Music Made Me… 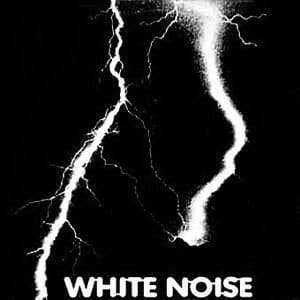 When people ask me what my influences are I find it an almost impossible question to answer because everything is an influence: life, friends, traveling, family, films, books, music – like I said, everything.

But this album, more than any I’ve heard so far (and that’s a lot of records) has stood the test of time and is one I can listen to again and again. Which means I guess that it has probably had some small influence in the music I’ve made or been part of.

In the 1960s it was such a groundbreaking new sound… and yet oddly familiar too. I know a lot of people tend to dismiss it with a “oh it’s quirky”, which it is… but the production is mind-blowing, even more so considering it was all done on tape. 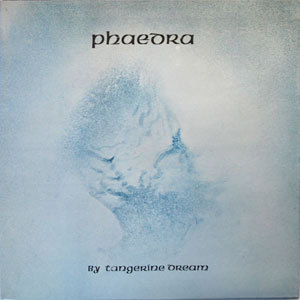 I played this album the most in those years just before Throbbing Gristle, when I was really heavily into my DIY synth ethos.

I’d spend hours in my bedsit bent over a hot soldering iron surrounded by schematics and components, building circuits into the small hours. I’d be completely ‘in the zone’, Phaedra on the turntable, a repetitious sequencer album, on repeat.

I lent it to a friend once, who scratched it, ruined it actually – that was when my love of vinyl ended. I put all my records on cassette after that. 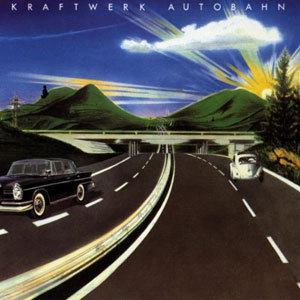 I don’t think people now realise how completely groundbreaking Kraftwerk were in the early seventies, particularly with this album, which was a major departure from their earlier sound and years ahead of its time in terms of the minimalist structure, sound and production.

It came out when I was going around the UK with my multimedia solo show and it literally made me stop and rethink the whole show. I think you can hear some influence in the early Throbbing Gristle material: the track United and my solo TG compositions.

I was the only one really into Kraftwerk, Sleazy was a little but not Cosey – but she loves them now.

All the albums that may have had any influence on me were very early on in ‘my formative years’. 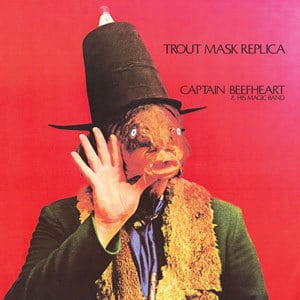 I got into Beefheart via Frank Zappa and had already heard ‘Safe As Milk’ but this album of his was the one that pushed me overboard so to speak. Beefheart’s approach to music was a revelation to me. It was the odd structures, lyrics, weird sounds and overall full on audio explosion of self expression that opened up my mind to unorthodox sounds and the possibilities of music being ‘other’ to what I’d heard before.

He irrevocably changed my attitude to ‘music’, much more so than Zappa. No love songs here, it’s so visceral. No doubt due to the much rumoured strange methodologies inflicted on the band by Beefheart – which are not so appealing, but the results he achieved were revelatory for me. And how freaky is that cover! A total package delivered full on. 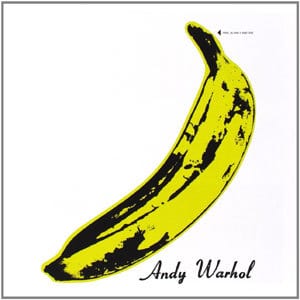 Iconic album – no apologies for including this at all!

The energies and moods evoked by the Velvets were like nothing I’d felt before. They spoke to my dark side. The Warhol background to the Velvets and Nico was fascinating and so unlike other bands of the time – but not unlike what me and my friends were into. So this album felt like a kind of hand shake of solidarity for pushing boundaries, dismissing expectations, creating alternative life styles and the all important shifting of attitudes to Art and music.

The tracks lay down ‘the now’, a sharing of experience and deep seated feelings. Nico’s presence was especially important for me. An unsurpassed voice and, in my opinion, her unique presentation of selfless vulnerability. The subject matters dealt with on this album and the unapologetic openness in the way they’re expressed lyrically and musically I recognise in some form within my life and work.

Pink Floyd – A Saucerful Of Secrets

The total opposite to The Velvets and Beefheart’s raw power …

Other than some of the Classical music I listened to, this was the first album that was more ‘instrumental’ in terms of it being driven by being by the music rather than the lyrics and the voices were used quite differently to other bands of the time. Not ‘songs’ as I’d previously known them.

This gave me a totally new view of the ability of contemporary music to occupy the same fantasy and imaginary space as classical music in terms of allowing wild other worldly mind wanderings. I saw them live quite a lot in the late ’60s and I’m still in awe of the the physical impact of the music, which oddly enough was felt most intensely when I saw them at a an outdoor festival. The sound seemed to occupy the whole air space across a huge field.

I think that physicality of sound was something I’ve always aimed for in the work I’ve done.

Without including the obvious – Trance by Chris & Cosey, 20 Jazz Funk Greats by Throbbing Gristle, and Feral Vapours Of The Silver Ether by Carter Tutti – I’m going to push forward three albums that have influenced my way of working today. 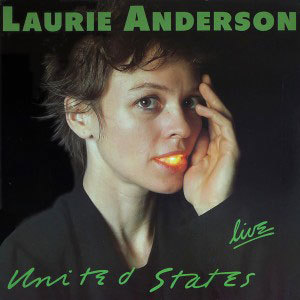 What I love about this 5-record box set, not only does it give us an insight to live in the United States in 1980 it also tells us the story of Laurie Anderson’s work thus far – combining elements of spoken word, performance art and well known tracks like Oh Superman.

It taught me about bringing avant guard and commercial together, art and music in the same box distributed in the guise of popular product that is bought to be enjoyed by anyone. 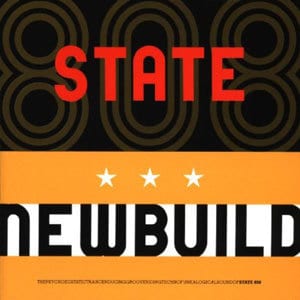 808 State was the first band I properly loved, Flow Coma being my favorite track of course. It’s like listening to the mechanical workings of the human body, instinctive, driving and so of the time.

I can’t picture what 808 State looked like in my head, just remember their bobbing dance, baggy clothes and bass ball caps – faceless people running the machines and no vocalist weeping over heart ache, if you think about it popular music of the ’80s-’90s made children grow up to quickly. 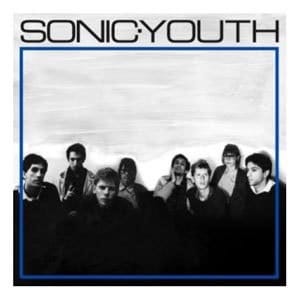 Their first album, but not the one I first heard, i think it was Dirty in ’92.

The Burning Spear is a great opener – the hit of the snareless snare drum with cymbal, so sparse of an introduction, steady build of guitars then up tempo two handed 16 note high hat all is unveiled, wonky guitars played on drum sticks – can they actually play? Yes they can – is that a drill? Yes it is!

Following two nights at London’s Oslo (review to follow), Carter Tutti Void play the Incubate Festival in the Netherlands on 18 September and the Unsound Festival in Krakow, Poland, on 16 October 2014.

More on Carter Tutti Void can be found here.