This Music Made Me: Little Boots

by musicOMH
published: 3 Jul 2015 in This Music Made Me
Tweet 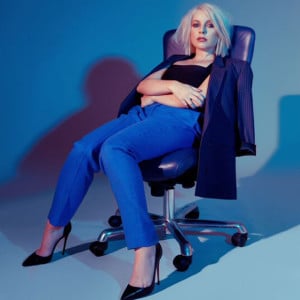 Since topping the BBC Sound Of 2009 critics poll, Blackpool’s Victoria Hesketh, aka Little Boots, has released two albums rooted in electropop – the debut Hands, which featured a duet with Human League‘s Phil Oakey, and 2013’s Nocturnes, produced with DFA’s Tim Goldsworthy – along with a slew of singles and EPs.

Along the way she has parted company with her major label and set up her own operation, On Repeat, named after her breakout single Stuck On Repeat. In December a new EP, Business Pleasure, heralded a build-up to the release of her third album Working Girl, which is out this summer.

All of which is surely reason enough to ask Hesketh about the albums that have influenced her most, for Little Boots’ This Music Made Me… 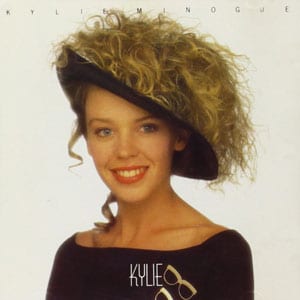 This is one of the first albums I can remember having on cassette in our house, I must have been about five, my babysitter used to write the lyrics out for me in coloured pen and I would sing along in my bedroom to the mirror and everyone in the playground would be doing the Locomotion dance.

I never really thought till years later, still a huge Kylie fan, how much this must have engrained itself on my pop brain and formed a big part of what makes my ears prick up in music. It’s classic Stock Aitken Waterman, the minute that drum fill and synth brass riff burst out of your walkman you just couldn’t help feeling on top of the world, that’s what the very best pop music does.

So I guess capturing that feeling into a format so accessible to so many people has always been the holy grail of songwriting to me. 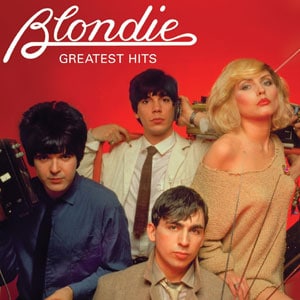 I say greatest hits as I remember Denis playing in our car not long after discovering Kylie, but I know it can’t have been Plastic Letters and vaguely remember some of the other big Blondie tunes, the rising melody of Call Me always stuck with me too.

I really got to know Blondie years later at University in Leeds, the indie scene at the time felt really exciting and everyone was channelling new wave vintage and heading down to a club called Pigs to drunkenly stagger around to Human League edits. I spent a lot of time with pretty much every album and for a while when in any dilemma would ask myself ‘What Would Debbie Do?’

Blondie were a huge influence on my first band who formed around this time and went on to get signed which kickstarted my career in the music industry. Blondie showed me pop didn’t have to be bland or neat, it could be alternative and have edge. 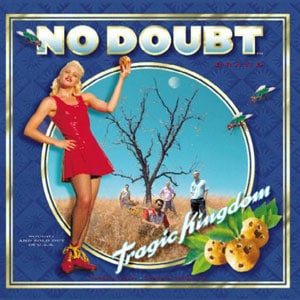 This was an album I was truly obsessed with. Gwen Stefani was my heroine, I was totally in awe of her, she was everything I wanted in a popstar, full of attitude and originality but still had all the boys swooning and all the girls wanting to be her or at least her best friend.

I would spend hours practicing trying to sing like her, getting that scrunchy wobbly vibrato. I was in a college pop punk band for a while, this was the only song I could really perform with them (my Green Day vocals weren’t quite as up to scratch). I started wearing a bindi and ‘customising’ a lot of my clothes.

Just A Girl was my anthem, it was every girl I knew’s anthem, it was a mission statement as well as a perfect pop song… but there was so much more than that to the record, so many twists and turns and colours. I miss the days when kids obsessed over albums and wore them out like I did to this cassette, no one has the attention span for that any more which makes me a bit sad. 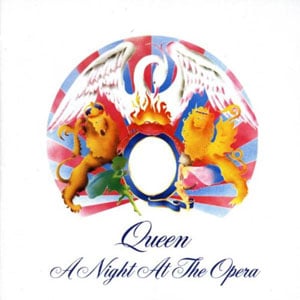 At school I became a massive Queen fan. I’m not really sure where this came from exactly, I had another music geek friend who was probably even more obsessed than me and I think that’s where it started.

Before long I had every album, I especially enjoyed the older glam rock stuff but it started with A Night At The Opera. My brain just couldn’t process how bonkers some of the songs were, yet they absolutely worked and could function perfectly as pop songs. That Bohemian Rhapsody, a six minute pop rock opera medley, could be one of the best selling singles of all time summed up all the reasons I loved pop.

I loved the theatre and dramatics of Freddie Mercury’s voice and lyrics, the songs always took so many twists and turns you were never really sure where you were going to end up. It taught me how far your could push a pop song whilst still keeping that holy grail formula that would work for a mass audience, that there were no boundaries if the magic was there. 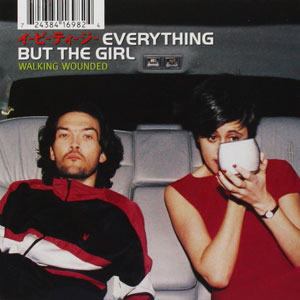 Everything But The Girl – Walking Wounded

Such a brilliant album and such a brilliant move in their career. Missing is still one of my favourite songs ever, I took me a long time to figure out how a song so haunting and beautifully simple could also make me dance and move me to euphoria.

It’s classic tears on the dance floor, and a rare example of when a remix can take a song to a whole new place and audience. This album was very much influenced by the effect of the remix and saw the band turn to electronic production, a great example of pop eating itself and spitting up something even better.

The perfect combination of Tracey Thorn’s effortless melancholy vocals and progressive electronic beats and blips that surfaced in the Todd Terry remix pushed the band to a whole new place to create this truly special record. 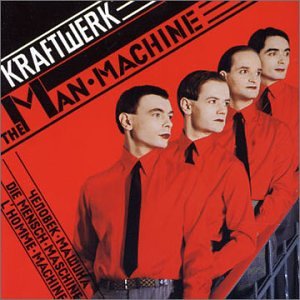 Kraftwerk was a word I heard uttered by men who pushed buttons in studios on documentaries who knew what they were talking about, and for some time I approached it with caution believing it was something I wouldn’t understand or that wasn’t for me.

When I discovered that Blondie were inspired by Kraftwerk on the production of Heart Of Glass I decided to take the plunge and quickly armed myself with every album and never looked back. Its hard to describe how much they did for electronic music, but what I love the most is the sheer celebration of the synthetic, the automated, the robotic, the machine and the voyage this took you on, perhaps most pronounced on The Man Machine.

As a teenager who had played the piano since I was tiny and bought her first synthesiser, I struggled to see how my keyboard bleeps could ever stand up to the rock ‘n’ roll of the guitarists and drummers I knew, but Kraftwerk showed me how and opened up a whole new world to me. 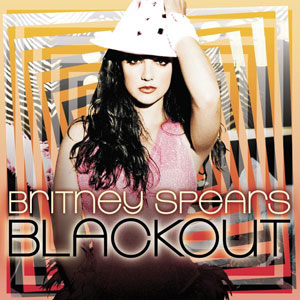 This is surely one of the greatest pop albums ever made, although sadly at the time the artist seemed more interested in making headlines by shaving her head than great music.

The production is actually incredibly inventive and boundary pushing for pop then and would sound fresh on mainstream radio even now. The standard of songwriting is stellar, every breath and bend is a hook, the melodies jump and soar and glitch and Britney’s deadpan squelching delivery works better than ever, despite her disconnection with the record at the time of release.

Every song feels like a master study in pop and I haven’t spent a year since without spending several days listening to it on repeat and marvelling at its pop genius. 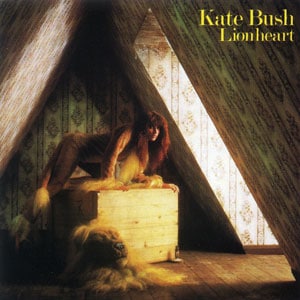 I think this album stuck with me most out of all of Kate’s after finding a fairly illegitimate looking website that allowed you to download her early demos, some as young as 13, recorded very basically with just her and a piano.

Some of the songs that made it on to Lionheart featured and those stripped back raw versions always stayed with me and made me defend this album against the critics who said it was a rushed follow up of left over songs from The Kick Inside.

The fact that this magical songstress could appear on the cover of her album in a lion costume and be taken completely seriously was a big revelation for me on my journey through pop, and I’ve watched her sing Oh England My Lionheart on my VHS of the Tour of Life countless times, in which she practically single handedly invented the modern pop show. 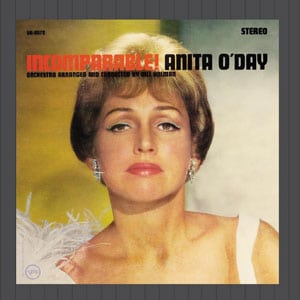 I love Anita O’Day singing anything, her versions of classics like Blue Champagne and The Party’s Over, which I still hum on many a hangover, are always so unique but in such a subtle and effortless way.

I started singing and playing jazz as a teenager around hotels and restaurants, mainly for money but it Anita was who made me fall in love with that sound, and her ability to deliver a breathy but punchy delivery full of understated character as a soft blow to all those noisey competing horns.

Her performance at The Newport Jazz Festival in 1958 floored me, she just oozes so much class and star quality and turns the initially disinterested audience completely around. She taught me the art of a great performance, even though she didn’t write the songs she sang I believer and hung off her every word. 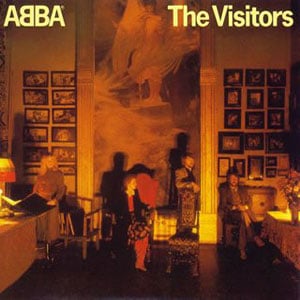 My obsession with ABBA runs deep and long. Their final album is my favourite, there is a real haunting quality and genuine sadness you can hear behind the most major of chorus refrains, even the song titles speak volumes and you can hear the emotion dripping from the vocal performances in every line.

My favourite ABBA track The Day Before You Came was not added to this album until later bonus versions but it was written and recorded around the same time and cut from the same cloth, pure pop perfection dripping in melancholy but that still somehow leaves you uplifted.

I have a copy signed from Benny to me on my studio wall above my piano, it’s acquired almost a religious status.

Little Boots’ third album Working Girl is out on 10 July 2015 on On Repeat. Tour dates and further information can be found here.