This Music Made Me: Lost Horizons

by musicOMH
published: 3 Nov 2017 in This Music Made Me
Tweet 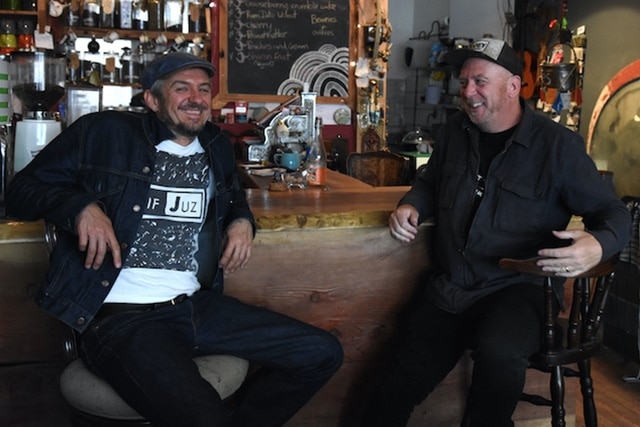 Lost Horizons is the brainchild of Bella Union label boss and sometime Cocteau Twins bassist Simon Raymonde and instrumental quartet Dif Juz‘s drummer Richie Thomas. With Raymonde on piano and Thomas on drums, this was to be a project rooted in improvisation, with no pressure, and one that would reunite two figures from 4AD’s illustrious past, very much in the present.

“If it never became a record, it didn’t matter. It was all about recapturing that feeling when you’re 15, making music with friends,” says Raymonde. “There were no, ‘Am I going in the right direction?’ conversations. It had to be about the moment, about what felt right.”

Their debut album Ojalá is the result of their work, and features a cherry-picked list of guest vocalists – including Marissa Nadler, ex-Midlake front man Tim Smith and Sharon Van Etten. Ahead of its release, Raymonde and Thomas guide us through the music that influenced their journey so far for Lost Horizons’ This Music Made Me… 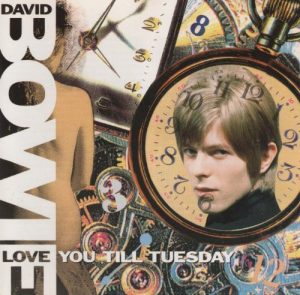 David Bowie – Love You Till Tuesday, from Images

Little did I know the significance of this track released in 1967 – I was like five years old.

It was on in the house the whole time, along with the Beach Boys’ Good Vibrations and the Beatles.

When my Dad – Ivor Raymonde – died in June 1990, my own discovery of his early career began and holy cow, was I surprised when I realised why this song had been playing in the house the whole time growing up in the late ’60s! Dad had only arranged all the strings on this track! 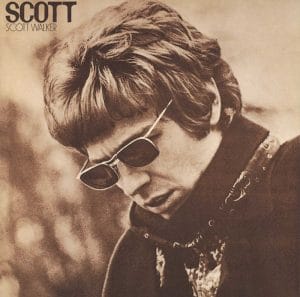 Scott Walker – All of the solo albums, Scott 1-4

Another connection with Ivor here when I found out the the two biggest Walker Brothers hits (The Sun Ain’t Gonna Shine Anymore, Make It Easy On Yourself) had been arranged by him also, lead me later on to the solo work of Scott Walker.

To say that I have been obsessed with Scott since hearing all these albums in the early ’90s is a massive understatement.

Curating and being involved in the production of the recent BBC Proms of Scott Walker 1967-70 counts as one of the highlights of my musical life to date, meeting him and knowing how much he loved the concert, the icing on the cake. Timeless beauty.

Time hasn’t been so kind to the Pistols legacy but from 1976 to 1979, three of the most important years for making me who I am, John Lydon was my anti-hero. Heroes were dumb, I knew that, but I looked up to him, sartorially as well as for his anti-establishment persona.

I got a secondhand bass when i was 15 from my brother and the Pistols album just came out and I saved up for it, and spent that first afternoon listening in my bedroom and playing along with the basslines.

It was everything to me, aged 15, and it was fairly easy to play too, so I figured, huh. I guess I’ll be a bass player then!

While I was playing bass at this point, in 1978 when the LP come out, I can’t say I was just listening to bass lines and bassists, I really wasn’t.

Until Tina Weymouth. That fluid way she has of playing, bouncing around the music, giving it such groove and melody, blew me away and I think she’s one of the greats of the bass.

Genius band and to have released four of the greatest LPs of all time, in four consecutive years, 1977-78-79-80, will never be bettered. 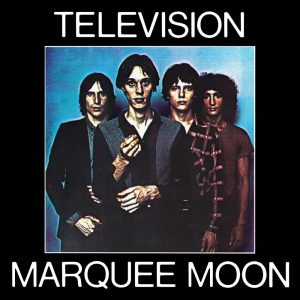 Too much has been written about this already and there is little more to add, except to say, THIS album when it was released was the perfect answer to the staleness that UK punk suffered from.

This was related to punk but it was imported to us from New York and it felt magical and mysterious and the artwork – plus being on Elektra Records which had so many iconic bands in those days – and imagery that surrounded the band was irresistible to my eyes and ears.

Totally original. And you cannot say that about many debuts. Still sounds remarkable today, exactly 40 years since its release. 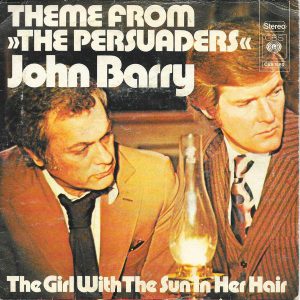 John Barry – Theme from the Persuaders

First single I ever bought. It was like a soundtrack to my life when I was seven years old.

It gave me such a feeling of excitement and made me believe I could do something with my life although I had no idea what it was yet, but this track made it all sound possible.

Apart from the fact the track is an absolute 2:20 masterpiece, it still gives me exactly the same melancholic feelings now as it did then, Life can break your heart, but you just gotta take it on. My parents were breaking up at the time and I escaped into this imaginary world where I was Danny Wilde and Brett Sinclair in the opening credits. 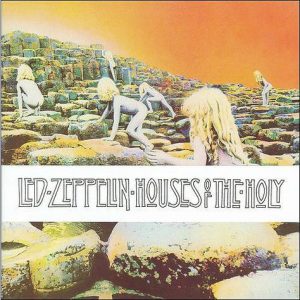 Led Zeppelin – Houses Of The Holy

Bought this in Preedy’s Universal Book & Record store in Harrow. All the  albums were on a display, I was 10 years old, had no idea what it was, nothing written on the cover, I liked the look of it though, took it home, put it on the music centre, and Blamo!! From that moment I knew I had to play drums.

My mum had already bought me a drum kit to keep me off the streets after my dad fucked off … god bless her she put up with me banging away in that front room for years.

We lived on a suburban street near a bus stop and shops, all the neighbourhood knew I played drums before they knew me. 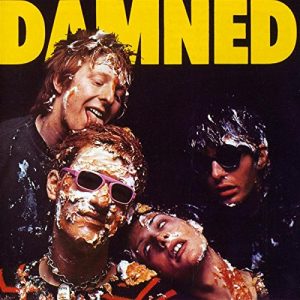 My mate Alfie Turned me on to this record. It made us get off our Suburban Asses get out there and find out what the fuck was going on? So we did, and Life would never be the same again.

Joined Punk bands, played in pubs and got paid in beer, virginity lost, made our own clothes, met loads of interesting people, tons of gigs and a hunger for more.

It was all about action in the moment, those days were relentless, when I think about it now it was like being shot out of a canon. Still a Punk at heart. 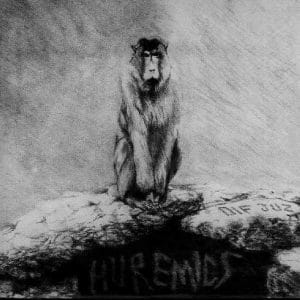 This recording made me know I was doing the right thing. 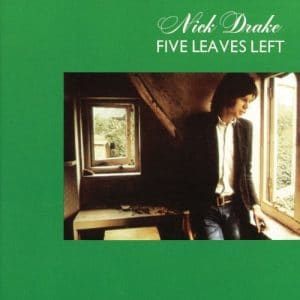 Saved my life, literally, can’t go into details, just to say, thank you Nile Butta NYC for turning me on to this record that pointed me towards the light that helped me walk the road to hope.

(I wonder how many lives Nick Drake has saved?)

After that episode I never underestimated the power of music and friendship.

Lost Horizons’ album Ojalá is out through Bella Union on 3 November 2017. Tour dates and further information can be found here.