This Music Made Me: M Ward

by musicOMH
published: 1 Apr 2020 in This Music Made Me
Tweet 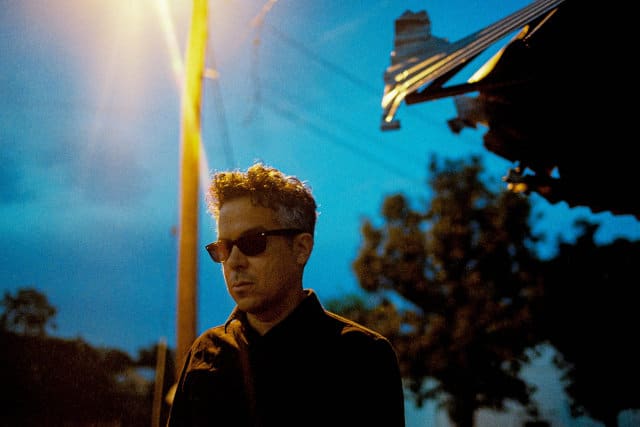 Oregon-based songwriter and She & Him co-originator M Ward‘s 10th album Migration Stories consists of songs inspired by tales of human migration. Described by their creator as “largely instrumental ballads,” they constitute “a sci-fi fast forward to a more silent night, many generations from here, to a maybe-era where movement is free again.”

Created before the current coronavirus pandemic, these intricate yet soothing songs – 10 originals and a cover of Al Dubin and High Williams’ 1940s cowboy ballad Along The Santa Fe trail, popularised by Glenn Miller – constitute a brake on the seemingly endless pile-up of bad news across the world. “The stories wove together and I remember them now closer to characters in a dream of how people could treat each other than any kind of front-page news realism,” says Ward. “I think music subconsciously – whether writing or listening – is a filter for me. Helping to process all the bad news into something new to build from.”

Working out how he built the skills to create this oasis of calm, here Ward mines his music memory for the albums that have influenced him most for his This Music Made Me… 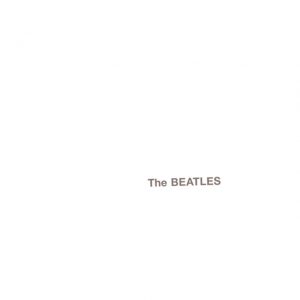 The Beatles – The White Album

Side 2 on vinyl ends with Julia and I Will. I listened to these back-to-back on loop forever.  The guitar texture on Blackbird inspired me to try playing without a pick and that turned into a lifelong lifestyle choice.

Soon after discovering this record I received as a Christmas gift from my parents the complete Beatles chord book from A to Z. I made it my mission to learn every song in that book. After learning each one I placed an X by the title in the index. There was always some fascinating chord or progression to learn – a seven chord or diminished chord to try to voice at different parts of the neck.

I especially loved the progression in Fixing A Hole and Girl. I never had a guitar teacher but after learning these songs I never felt the need for one. I started taking these chord progressions and mixing them around and mutating them to make my own songs that I started recording onto a four track cassette recorder.

Back in high school I had this friend Todd. We met in journalism class where we worked on our school paper, The Prowler. He wore flannels and was kind of a hippy which was surprising because he came from a military family. Anyway, I looked up to him because he had good taste in music, played guitar and he was one of the older guys (like, 17). He shared with me some of the music he was discovering at the time and lent me a cassette called Ragin’ Full On by a band called fIREHOSE.

It was strange and had this punk energy but also had some jazz chords that really made me stop and listen. I was spending time learning some of Johnny Marr’s songs at the time, and I noticed he used a lot of these jazz chords that I was learning by studying Beatles songs. Practice taught me that jazz chords by themselves are pretty corny but if you mask them behind other textures then interesting things can happen.

Anyway, Todd took me – on the back of his motorcycle –  to my first ever rock show at a place in Los Angeles that’s long gone called the Anti Club. I was underage and it was an irresponsible and reckless thing to do but wherever you are Todd THANK YOU. A few years later fIREHOSE recorded a song called “Walking The Cow” which I loved and thought they wrote but learned in the liners that it was written by… 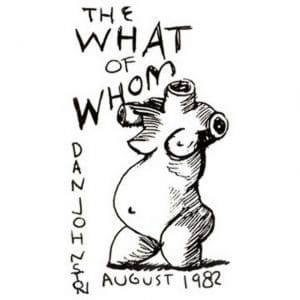 Daniel Johnston – The What Of Whom

They were unlike anything I’d ever heard. The genius production idea was this: no production, or session players, or engineers, or in-tune instruments, or perfect pitch singers.

A song will live or die on its own merit, and what will happen is the listener will feel like they are witnessing the invention process instead of the end of the polishing one. Because if there’s real emotion on the tape then it will have value to close listeners – it worked well for…

It gets deeper the more you learn his story and the fact that nobody was playing guitar like this until him – he himself couldn’t even play guitar like this before he left on some kind of journey to a crossroad that has been told too many times.

IMHO the mythologizing will die out before the music. It’s deeper.

Sometime in the early ’90s some friends of mine drove out to Valencia, CA to watch Sonic Youth play an outdoor show with Mudhoney and Kurt Cobain. I had just seen the Kool Thing video on MTV and the things that they were doing with their guitars baffled me.

I made it my mission to find all their tapes (kind of easy) and learn their songs on guitar (basically impossible). Guitar magazines at the time were all about tabbing shredders like Yngwie Malmsteem (no comment), Steve Vai (no comment), and Eric Johnson (I liked him).

It was VERY hard to find magazines that were notating music that I was excited about – music that was more about chords and harmony instead of gratuitous solos –  but I did manage to find a couple with Sonic Youth and Johnny Marr and I learned those tabs and chord progressions and starting experimenting with guitar tuning. A past time that would turn into a lifelong obsession. 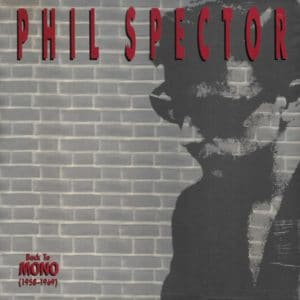 Phil Spector – Back To Mono

Phil Spector’s story is disturbing in so many ways.

He’s in jail for the worst of his crimes but when you dig into his story a little bit you can learn how he took all the credit away from The Ronettes, The Crystals, and Darlene Love.

I listen to this box set endlessly because I see their catalogue as masterpieces of these singers and the drumming of Hal Blaine. 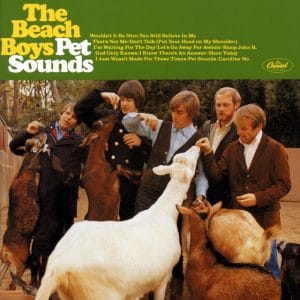 Another record I discovered at an early age and couldn’t believe how unique and beautiful it was. There is still nobody who can make vocal harmonies sound this way.

Growing up in southern California you hear his music all the time, so at first I took little notice. Listening to this album with headphones on at the age of 18 was an endless pastime.

I remember Power, Corruption And Lies by New Order being another record that I could listen to on headphones forever, because there was always some new subtlety to discover and try to learn on guitar. 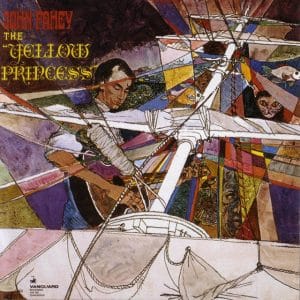 I discovered John Fahey in my early 20s. At the same time as solo performers like Mance Lipscomb, Mississippi John Hurt and Elizabeth Cotten.

I loved them all but I remember Fahey’s music sticking out as the most unique, especially after learning that he recorded dozens of purely instrumental recordings of one solo steel guitar. It seemed a little insane.

His music took me further down the path of alternate tunings, instrumentals and non-traditional right hand techniques.

Ennio Morricone – At The Movies

This is kind of a greatest hits record for him but its my favourite to listen to.

Probably the most emotional songs and non-traditional he’s composed. Discovering his music inspired me to try and end a record the way he ends his films.

IMO the greatest film composer of all time. 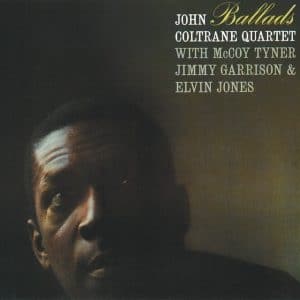 Will cure most ailments. Been thinking about this record a lot more lately as McCoy Tyner just passed away in March 2020, who plays all the piano on this record.

It is especially amazing to listen to considering there was basically no pre-production or rehearsals for recording these songs.

My favourite record of all time.

M Ward’s album Migration Stories is out through ANTI- on 3 April 2020. Tour dates and further information can be found at mwardmusic.com