This Music Made Me: Maxïmo Park

by musicOMH
published: 18 Jan 2021 in This Music Made Me
Tweet

Ahead of the launch of new album Nature Always Wins, Paul Smith recalls the albums that have influenced him most

Following the departure of keyboardist Lukas Wooller and the addition of producer Ben Allen, known for his work with Animal Collective and Deerhunter, Maxïmo Park return with seventh album Nature Always Wins.

“It’s the reality of our situation on earth,” says front man Paul Smith of the title. “You can’t fight against nature, whether it’s human nature or the environment… Whatever happens is down to the nature of who we are. When you give birth to anything, whether it’s a child or an album, you betray who you are in that process.”

Ahead of its launch, Smith mined his music memory for the albums that have influenced him most for Maxïmo Park’s This Music Made Me…

All of this music hit me hard in my teenage years, and helped to form my musical worldview. I felt bad about leaving out some of my favourite artists, but these had an early impact on me, aside from more obvious things like The Beatles, who I loved from an early age due to my Mam’s record collection. I can’t believe I didn’t have room for The Go-Betweens or Prefab Sprout! 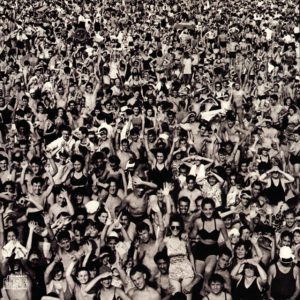 I love pop music, and George Michael had a truly exceptional soul-pop voice, as well as writing some of the all-time great pop songs, too.

This album featured a lot of mournful music, but it was always infused by melody and a generous worldview. You can tell he was trying to change perceptions about who he was as an artist, and, for me, it all works rather than coming across as earnest or pretentious.

I must’ve listened to it every day for a few years because it was my first CD album – I was 11!

The Lemonheads – It’s A Shame About Ray

After my early love of The Beatles, pop music, and taping songs off the radio, I got into grungy guitars of Pearl Jam and the indie jangle of The Smiths. The Lemonheads made me want to get a guitar, which I did.

I spent so long trying (and failing) to play Hannah & Gabi and the tumbling riff that starts Rocking Stroll, the opening song. Evan Dando’s smooth voice and melodic chops were addictive. My Mam bought this for me and I came home in my dinner hour and played it twice because it’s so short.

If I’m honest, it was the cover of Mrs Robinson that got me into it! I’ve had a lifelong love of American indie music,since from Smog and Yo La Tengo, to Cat Power and The Silver Jews, who could’ve all been on this list. 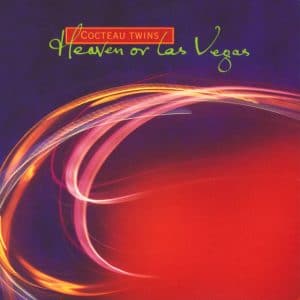 When I first heard the Cocteaus, I didn’t know what had hit me. I think I saw them on Later with Jools Holland and immediately bought the album they were promoting at the time – Four-Calendar Cafe. The internet was in its infancy and you had to buy a record to hear it. I quickly collected as many of their albums as I could – the 4AD aesthetic really influenced me.

This album is just incredible – Liz Fraser’s voice is astonishing and Robin Guthrie’s guitars and multi-layered production create their own, unique world, which I immersed myself in.

I loved bands like My Bloody Valentine and Ride, where you couldn’t tell who or what was making the sound.

I remember getting this on a copied cassette tape and listening to it constantly, inside a tent during a wet camping holiday. I was a fan of gangsta-rap or G-Funk – Snoop Dogg and Ice Cube mostly – but RZA’s production on this record, along with the sophisticated rapping, was on a different plane.

As a teenager, there was so much to get my teeth into, whether it’s the complex flow or the kung-fu references, but it sounds incredible, too – there’s grit and a raw approach in the sampling that marks it out as a landmark hip-hop album.

It also felt a bit taboo, and my Mam wasn’t happy when she heard the torture skit! I went on to do my MA dissertation on ‘resistance in independent rap’ and the Def Jux label. 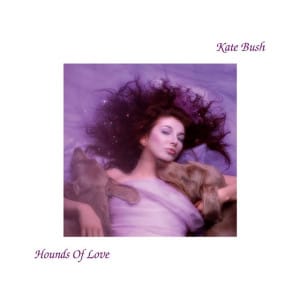 I knew the singles from this album from my youth, but only got this album later. I became obsessed with it and ended up covering the whole album on a dictaphone and making CDs for my friends!

Like Cocteau Twins, Kate Bush creates her own world and invites you into it. The breadth of her imagination is astounding.

I love the use of synths and interesting drum sounds but the heartfelt emotion that she puts into her singing and lyrics make her music really resonant, even when the subject is fantastical or otherworldly. It manages to sound both massive and intimate, which is a pretty good trick. 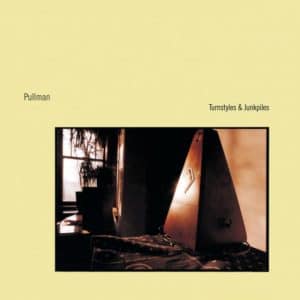 This record is so soothing – it’s just a group of blokes in Chicago, from ‘post-rock’ bands like Tortoise, playing acoustic guitars, but the melodies and the arrangements are wonderful. It features David Pajo, whose band Aerial M, turned my musical world on its head.

The way he plays is full of space and economy – it can be angular or it can be pretty, but always feels exactly right. I will never tire of hearing this album, and it gave me the confidence to play acoustic instrumental guitar music with my friends Rachel and Laura.

We met at art school in Hartlepool and eventually called ourselves MeandthetwinS. Maxïmo Park saw me playing with them and thought I could be a front person for their band (even though I wasn’t singing!). You could say this kind of music altered the course of my life! 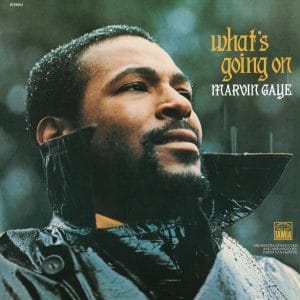 I could throw in some more obscure albums here, but sometimes the critical darlings are the ones! I have this album on tape and it had a big impact on me. I love soul music, but often it’s a single-led genre.

Otis Redding, Aretha Franklin, and Sam Cooke are some of my favourite singers, but this album is a total mood, which you could argue is its biggest flaw because the songs can be quite formless.

I see that as a kind of freedom, though. The airy vocals take me to a higher plane, and Gaye manages to convey the sorrow of the world, and the social struggles of the Civil Rights movement in such a light-handed way. 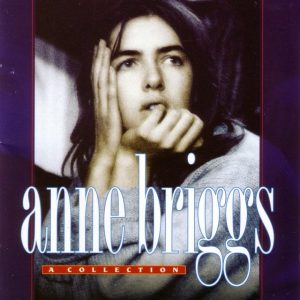 I love folk music, and was originally turned onto it by Nick Drake and Bert Jansch, among others. But getting this CD out of the library, I realised how just a voice alone could carry a song.

Anne Briggs is an uncompromising artist- she sings in her own accent, unadorned, which feels like it gives you a direct line to the source of these old songs. Other favourite singers of mine, like Robert Wyatt or Shirley Collins, also have this authentic voice that has influenced the way I sing.

It’s incredible to think of folk songs being passed down, as part of an oral tradition, and this adds to the resonance of these melodies and stories. 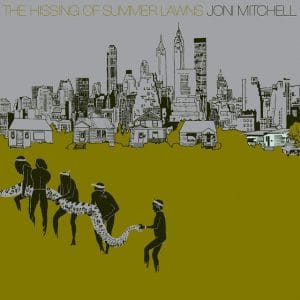 Out of the three Canadian singer-songwriters I most admire, I could’ve picked a Leonard Cohen record here, or one by Neil Young, but Joni cuts deepest, ultimately.

Her open guitar tunings allow the music to float, creating space for the poetic turns of phrase that have influenced me so much. This album is so rich with information, but, as with Kate Bush, there’s an underlying understanding of the human condition that complements her adventurous spirit.

You get a feeling of always moving (or moving on) from Mitchell’s music – a constant restlessness that I find bewitching. 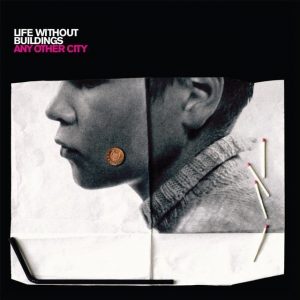 Life Without Buildings – Any Other City

Unbeatable! This album gives me hope that there are fresh possibilities in the ‘classic’ guitar/drums/bass/vocals band line-up. It’s really inventive and melodic – something all these albums have in common.

Sue Tompkins’ vocals confused me at first, because there’s something very random about them initially, but I grew to love them. I put this album on to feel alive – it’s full of joy and a personal, specific attention to the world around us.

They were art students from Glasgow, and I think that particular sensibility elevates this album above the more traditional ‘indie-rock’ elements.

Maxïmo Park’s new album Nature Always Wins is out 26 February 2021 through Prolifica. Further information can be found at maximopark.com.