This Music Made Me: Nadine Shah

by musicOMH
published: 9 Apr 2015 in This Music Made Me
Tweet 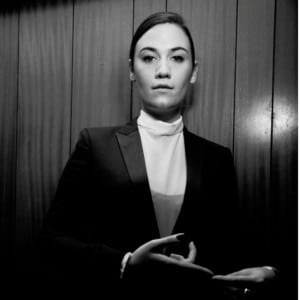 Nadine Shah released her debut album Love Your Dum And Mad to much critical acclaim and one or two PJ Harvey comparisons back in 2013. A stint on the road with Depeche Mode followed whilst opening for Bat For Lashes provided notable highlights on an extensive tour.

Now comes the lavish, hook-laden follow-up, Fast Food. Born from a fervent two-month writing session, the brooding grandeur of her second full-length work showcases Shah’s soulful voice and mastery of her musical universe. Building on the bruised honesty and charm of its predecessor, Fast Food rings with the confidence of an artist complete with a clear, ambitious vision.

“The last album took so long to make that by the time it came out it didn’t feel like it was a very clear representation of where I was musically, but this time it’s different,” says Nadine.

But what were the inspirations behind it? To which artists has Shah turned as touchstones down the years? Celebrating Fast Food’s release, Shah here provides us with an a la carte menu of the albums that have influenced her most, for her This Music Made Me…

I can proudly say that I know every word on this album and that I don’t sound half bad saying them either!

I must have bought this on CD over 10 times, simply because I kept giving it to people in the hope that they’d love it as much as me.

I’ve not much to say on the character of Lauryn Hill herself, as all I hear are bad things – which is such a shame as I find it hard to believe that someone who creates something so beautiful can be anything less than perfect themselves. To me this album IS perfect. 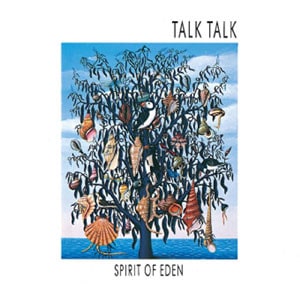 This is the favourite album of an ex boyfriend of mine and reminds me of him. A fellow musician, we swap music often and now and again introduce each other to a real gem.

I was slightly frustrated when presented with this album from him, I knew it would be hard to top! It’s an album in the proper sense of the word. It’s a beautiful coherent body of work.

I listen to this on long train journeys where I’ve little or no distraction; it demands your full attention and it goes down really well with a few gin and tonics.

Interpol are the best, if I could be in any band I’d be in theirs. I wear a suit on stage because of Paul Banks.

I noticed last week that the opening guitar drone on Take You On A Cruise is the exact same sound and key the Ubahn in Berlin makes every time it pulls out of each station. That’s maybe not so interesting to anyone else but me but it made me smile.

This is the soundtrack to walking around almost everywhere for me. 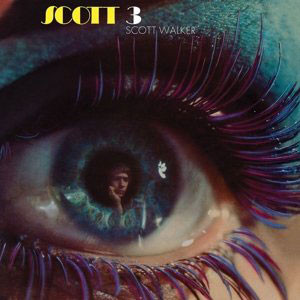 Scott Walker is my favourite artist, possibly favourite vocalist too. For my 10 top albums I could have just listed all of his, honestly.

He started out his career as a member of The Walker Brothers, a boy band of sorts, in the ’60s. Eventually branching out and going solo, an obsession with English culture, kitchen sink films etc inform his lyrics.

Scott 3 is a good starting point for anyone unfamiliar with his work. A combination of Jaques Brel covers and originals, the string sections are futuristic and completely ahead of their time. He’s taught me more about music than any formal education I could have received elsewhere.

The Golden Virgins – Songs Of Praise

A band from Sunderland, close to where I’m from. I moved to London when I was 17 and friends back home had told me about this band that were playing at the Camden Barfly (which was a five minute walk from my house).

I went to see them, fell in love a little bit and was hooked from then on. I must have seen them play at least 10 times.

I dunno how to describe their music, some synth parts remind me of Stereolab, Lucas Renney’s vocal and guitar playing… Graham Coxon like? I dunno! Just go and bloody listen to them, they made me want to be in a band. Renaissance Kid still gets my blood pumping. It’s a great album. 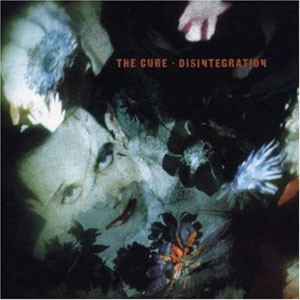 Every song’s a hit, it’s ridiculous… relentless, even. I never tire of playing this. The songs are huge, grand structures where synth parts take place of string sections.

I love Robert Smith’s vocals, the lyrics here are perfectly simple and to the point.

Pictures Of You is the stand out track for me, I think I must have had a right crush on someone at the time and it was most likely unrequited. 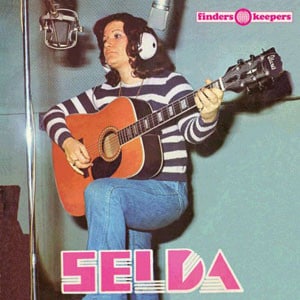 Istanbul is my favourite city and this album accompanies me every time I visit.
I think this is a reissue by finders keepers, I’m not sure. Anyway… I love Selda Bağcan.

She’s a Turkish musician and I can’t understand a word of what she says, but I do know that many of her songs carried social criticism and solidarity with the poor and working class. She was even persecuted by the military rulers due to her political songs and was imprisoned three times between 1981 and 1984.

This particular album is Turkish psych at its best, with recognisable riffs from Jesus Christ Superstar making a small cameo too. She is a powerhouse and it doesn’t matter if you don’t speak the language, her voice has the ability to move you despite this. 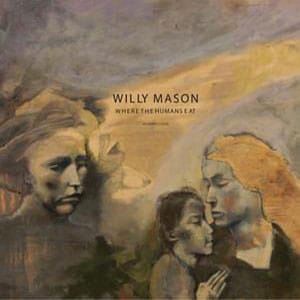 Willy Mason – Where The Humans Eat

My best friend, Jackie Purver (lead singer in a band called RETRIEVER, check out their music!) introduced me to Willy Mason years ago. She introduced me to most of the music I love and hold dear, I trust her implicitly and if she sends me a piece of music and says “you’re gonna love this”, I believe her and she’s never wrong.

I played this album to death. I played a show in a small stinky room above a pub in Newcastle a few years back, Willy Mason was in town playing a show also and his venue ended up falling through and I was asked if he could share my stage that night. Of course I said yes. It was amazing to see someone I have admired for years playing such a small intimate venue.

We got him drunk on whiskey and he was every bit as cool as we had hoped. His voice and lyrics are steeped in wisdom of a man twice his age. 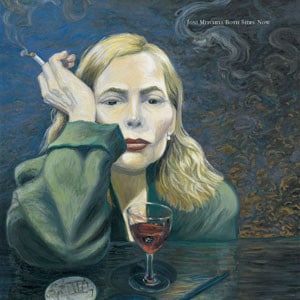 I’m not a huge fan of Joni Mitchell’s early work and maybe I just love this album for the song A Case Of You.

Released in 2000, Joni revisits this song as an older woman. I prefer it to the original, it is heartbreakingly beautiful. It’s much grander than the original with orchestral accompaniment. You can hear that she’s lived, like properly LIVED.

In a musical arena heavily concentrated with male musicians it is so important that older woman too are recognised for their musical output, but unfortunately there seems to be a lot less in comparison. I hope to one day make something half as beautiful as this. 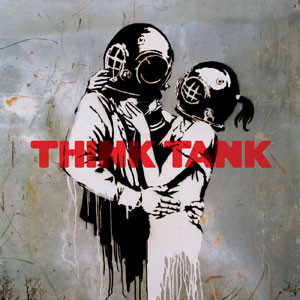 I grew up with Blur. I went to my first Blur gig when I was eight or nine.

When looking for a producer to work with on my debut album I instantly checked the sleeve notes of all Blur albums to discover who had worked on them. Ben Hillier had produced Think Tank, which was my favourite sounding album of theirs. (It would be perfect if it didn’t have Crazy Beat on it – I hate that song. But we can blame Norman Cook for that one!)

Recorded in Morocco, the feel of the environment the album was recorded in is ever present. So this album is probably the most important on this list, as without it I wouldn’t have known of Ben (my now collaborator) and may have ended up in a very different situation, maybe not making any music at all. Cheers, Blur!

Nadine Shah’s second album Fast Food is out through Apollo/R&S now. Check out our review of the album here. Tour dates and further information can be found here.