This Music Made Me: Nick Nicely

by musicOMH
published: 23 Sep 2017 in This Music Made Me
Tweet

His new album Sleep Safari is an homage to unconsciousness, lyrically exploring sleep’s mysteries through a surrealist eye. Here the Hilly Fields songsmith recalls the albums that influenced him most 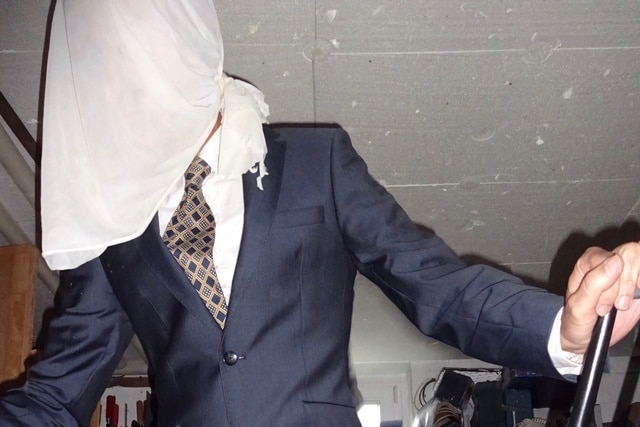 Born Nickolas Laurien in 1959, improbably in Greenland during a transatlantic flight stopover, Nick Nicely has flitted in and out of the periphery of psychedelia for some years, accorded legend status by some, and best remembered by others for one of his more famous tracks, Hilly Fields, named after a park in Brockley alongside which he used to live, and in which he used to indulge in “psychedelic reveries”.

Following releases through Captured Tracks, Cherry Red and Burger, Nicely is now signed to German label Tapete for his new album Sleep Safari, a record which, according to his label, “goes further into electronics while continuing the artist’s psychedelic journey, creating a unique pop juxtaposition”. Opening with the line “3am, you wake, the dream begins”, Sleep Safari is an homage to unconsciousness, lyrically exploring sleep’s mysteries through a surrealist eye.

Ahead of its release, Nicely here mines his music memory for the albums, tracks and ephemera which has down the years influenced him most for his This Music Made Me… 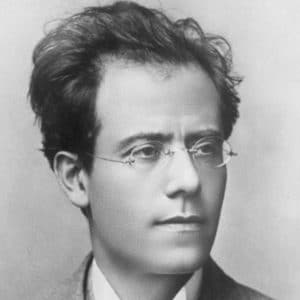 There was a lot of classical music played in our house when I was young. A big favourite is this dark conclusion to Mahler’s career. He already knew he was dying and the Adagio finale here is incredibly powerful as well as intensely beautiful. Mahler was so haunted by Ninth Symphonys generally being the last a composer composes, that he called it his Tenth.

Our copy was by a conductor called Tannenberg, I think. I can’t find that name online maybe its wrong. Anyway this particular performance is the one that moves me most, something to do with the old recording, I think. The instruments seem to blend, become almost one. Other, possibly better, recorded performances always seem lacking, so I just have my worn out cassette copy now.

We are hard wired to respond to stringed instruments it seems, these centuries-old instruments are still effective at tweaking emotions. 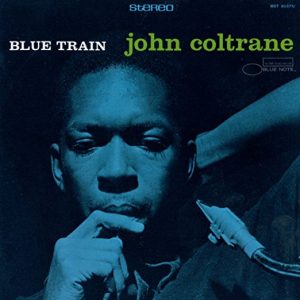 I first noticed that my elder brother could effectively annoy parents with this album, so it naturally drew me in. Coltrane has all his tricks on display here but he allows the sidemen to shine too. The use of crescendo and release is so effective it carries me away. I saw a film on gibbon monkeys the other night and a close up of an intense performance of one of their calls, lasting a couple of minutes.

I noticed the crescendo and fall. It’s a universal language. The Byrds tried to bring that sense of freedom that freeform soloing brings after long Coltrane listening sessions to their ‘psychedelic’ trilogy albums in the mid ’60s. I like the effect.

Freeform soloing sometimes gives out a feeling of release, disorientation and freedom, I’ve sometimes looked for that, for example on the Psychotropia track where it was nicely disorientating , but its not generally advisable without extreme abilities and Coltrane had them to spare in his ‘sheets of sound ‘technique’. “I start in the middle of a sentence and move both directions at once,” he said of his ability to play several notes at the same time. 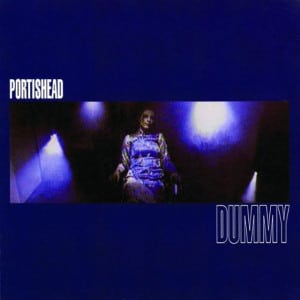 The loneliness at the heart of this record is what makes it for me, it’s something that  seeps into my stuff. A wonderful mood piece, simultaneously weird and also a suitable background for the normal.

It taught me a lesson I’ve generally failed to heed about achieving emotional power through tiny, skeletal arrangement.

We had the album at one of the shared houses I was in and it brings back memories of making tracks like Everyone Knows and On The Beach. The former has more than a touch of Dummy’s vibe, I realise. Adrian Utley’s slow sparse guitar lines have definitely found their way in. 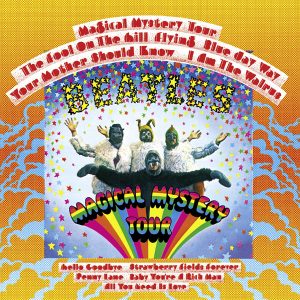 We lived near an American base for a while and my brother was often over there, that must be how this US release was lying around. Anyway this US album had it all for me. It started me on a Beatles phase that runs to this day.

It wasn’t until later though, that the full force of their psychedelic vision really hit me. Possibly this had something to do with psych experiences. Under this influence my two early singles were formed, DCT Dreams a psych collision with electronic synth music, and Hilly Fields, where the early ’80s electronics are more muted within the psych vibe.

I lived by Hilly Fields in Brockley. It looks out over both London and Kent. We were often up there in psychedelic reveries. It has a stone circle. Brockley has a perfect 19th Century atmosphere, a Conservation area filled with Victoriana in gardens and buildings. Very inspiring. Someone I half knew played the cello, he came to his first and last studio session ever and blew us away. By this time the full majesty of another key Beatles psych track, Tomorrow Never Knows, had fully hit me. 49 Cigars, following its template (but not its content) was made in two days during a psych reverie. I love to get lost in the disorientating twists of abstract psychedelia, but always wrapped around a tune. 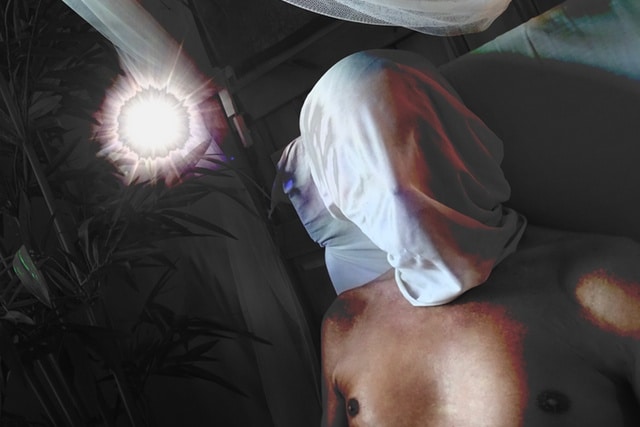 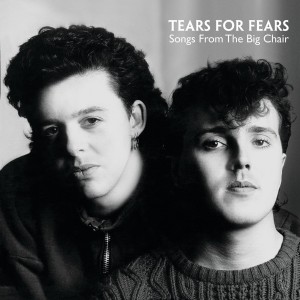 Tears For Fears – Songs From The Big Chair

I’m adding Tears For Fears’s earlier singles, Mad World and Shout and Change to the album. The duo were an inspiration.

Analogue synths made a thrilling sound when they first arrived, it was an escape from the bonds of traditional instruments and opened up a vast new palette to musicians. It’s difficult to describe the thrill then. I loved working with them, tracks like DCT and Treeline seemed to fall together under their spell.

There were many good bands around at the time surfing on this new sonic. Tears For Fears were my personal favourite bringing a UK flavour to the cool of the electronics. They were very inventive and of course, outstanding writers. They even, towards the end of their run, attempted a blend of ’60s and electronics in the Seeds Of Love single, yet another success for them. 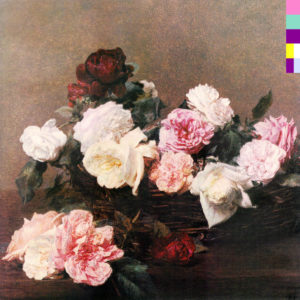 Blue Monday transfixed me. I was stunned. I got an early copy on tape. Fantastic. The gloom, the simplicity, the violence. I was still at EMI and doing badly. Broke too (EMI didn’t pay much for singles). Anyway, a concerned EMI sent me to a percussionist with one of their more successful acts for a possible collaboration. I turned up there to this very confident percussionist (who’d been on Top Of The Pops!). In total thrall to Blue Monday I played it to him and he was disgusted, slagged it, saying contemptuously “Was this made by just one person?” thinking some idiot had made it. He threw me out because Blue Monday was so bad! There’s many a musician who confuses degrees of difficulty with artistic merit.

I have this New Order album on cassette and still play it. “A thousand Islands in the sea I see a thousand people just like me…” Deep love, it just connects. It soundtracked my collapse. I had to go through a sobbing period at the start of each day for several years at this time (see London South). I’d sold my home studio to make Hilly Fields and all the income from DCT radio play was ‘lost’ to the publisher. Without home equipment a DiYer like myself is fucked.

New Order were in a great, period. We’ll have to chuck in some other New Order trax on this album too – True Faith etc, stuff from Technique. 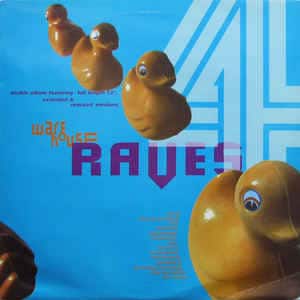 Hard to pick an album from Dance ‘explosion’ of late ’80s to early ’90s? It was all 12″ singles. What an incredible experience was 1989. The illegal parties were unbelievable including our own, sadly notorious one. I took major influences from the linear and abstract dance vibe around then. Yes the chemicals helped. I remember sitting in Guru Josh’s flat and seeing him in all different bands/garbs in photos on the walls. “That’s before I E’d and got the beat,” he explained.

His one tune that he played and re-released numerous times to new generations , Infinity,  was a live sensation in ’89… a superb time. People are very emotional about it all. I got hold of rave footage at the time and edited it together with a big tune, Street Tuff. Someone later posted it on YT.  (Rave 89 Chandal on YouTube). You get a flavour of pure joy, I’m proud of this vid. The comments beneath bring a tear to the eye from the half million viewers… shit, I choke about it writing now. Impossible to top that time and everyone who was there knows it. “We are all one,” shouted MC Chalky White over Frankie Knuckles’ Your Love at Effingham Energy rave, summer ’89 and for a while, we were.

This was DiY heaven. With great mate Gav we started making our own home-made linear rhythms as Psychotropic and then after some chart success,  gigs and travel.

John Maus – We Must Be The Pitiless Censors Of Ourselves

A great album from John Maus. I’d add several earlier tracks to it: Maniac, Do Your Best, Time To Die.

My first album came out in 2004. It must’ve seeped over to the US because I found myself in contact with artists of a similar mind. Ariel Pink, Gary War, Holy Shit. I couldn’t exactly say their music made me at that point (they sometimes say the reverse is true), but their influence is all over my 2014 album, Space Of A Second. We were all DiYers of course with added Lo-Fi abstraction. I got to meet these guys along with John and Maria Minerva too for our joint gigs. I felt very much with kindred spirits. Playing the same bills as these , I felt I fitted in , an unusual sensation. We are all a little fucked up as well which helps.

So helpful to be able to work cheaply rather than with a studio clock running. Without any commercial pressures the Lo-Fi, DiY artists can present themselves as they wish – see personal favourite, Ariel’s For Kate I Wait on YouTube. Space Of A Second took many years to make, but these guys provided solid support. Special mention within this DiY context for Morgan Delt who’s has made a big contribution to modern psychedelia. 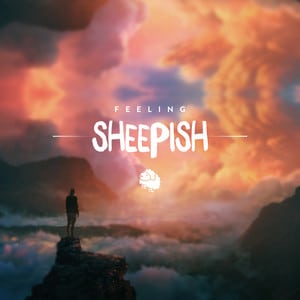 Where is the album’s place in the new Electronic era of YouTube and Spotify? I’m not sure. Mr Suicide Sheep is an Electronic YouTube channel. My favourite branch is the Downtempo, but he does several others under the Suicide Sheep banner. I hear lots of cool new electronic music that inspires from his sites and on other platforms. Sheepy’s Downtempo has a pristine, dreamlike sheen of perfection and enough ideas and abstraction to keep me coming back. Beautiful Yoste Chiriho is a great example, others get pretty trippy at times with a lush pristine electronic psychedelia. True, it gets twee and sugary quite a lot, but its often trippy. Sheepy rejects my work so far.

I find some new pop inspiring, or at least, impressive. I keep the conduits open for new input by occasionally blowing the cobwebs away in my mind, it seems effective. I can understand why contemporaries may disparage new pop , but it largely makes sense to me. It doesn’t feel like a great time for Indie music at the moment, but I’m keeping my ears open.

So, overall, I reckon music is still making me.

Nick Nicely’s album Sleep Safari is out through Tapete on 29 September 2017. Tour dates and further information can be found here.