Why I Started… A Record Label 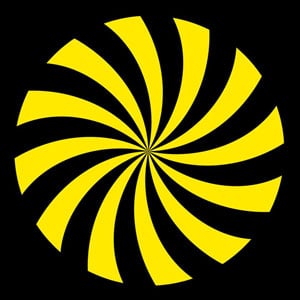 In the second of our occasional Why I Started… features series we catch up with label boss Nathaniel Cramp, of Sonic Cathedral – one of musicOMH’s favourite labels – to find out how and why he ended up doing what he does, whether the music industry (whatever that is) really is ‘dead’ and how things are panning out for his label in changing times.

Beginning at the beginning, why did you start a record label?
Because I had saved a small amount of money from doing the Sonic Cathedral clubnight and asked Mark Gardener if I could release a single for him. I had just promoted a few gigs for him around the country and we were sat at the bar in The Social in Nottingham having a drink and it just slipped out. It was as simple as that. I didnt have a long-term plan. In fact, I didnt have any plan. I guess running a label is something I always wanted to do, but had never actively pursued because I didnt think I would ever be in a position to do so. I have always been a fan of labels pre-Oasis Creation, Factory, 4AD and Elektra spring to mind and Im totally obsessed with all the little things that made releases on them special packaging, design, messages in the run-out grooves. All of those tiny details are really important, so to get a chance to do that was and is an amazing thing.

What criteria do you use when considering whether to sign an artist?
Do I like them? Will I want to listen to their records in 10 years time? Theres always so much emphasis on the release date of records, getting reviews and getting it in the shops. You cant get away from that, because thats what the whole release cycle is geared around. But it does the music a great disservice. The best music should last for a lifetime and be a constant companion. Simply aiming to have a song on a blog for 24 hours seems to be selling everyone short music is way more important than that.

Is it head or heart that wins when making that decision?
Heart, always. Im good at justifying anything to myself.

Are there any bands you really regret not signing?
Only ones from before my time. I have very nearly released records for The Warlocks and Wild Nothing in the past, so they wouldve been good, but they didnt happen for various reasons.

Are there any bands you really regret signing?
No, of course not.

Is it still fun?
Sometimes. Just when youre thinking its not, a new delivery of coloured vinyl arrives and all is good with the world. (Even though the vinyl is three weeks late and wasnt available at the launch party!)

Would you like Sonic Cathedral to be bigger, or are you happy at your current size?
I would like more time and more pairs of hands I guess, but I cant really imagine it being much different. Its just me.

Best thing about being an independent?
Youre not answerable to anyone.

Worst thing about being an independent?
You havent got anyone to answer your questions.

Would you ever consider selling to a major?
I cant imagine a major being remotely interested in what Im doing. Does that kind of thing still happen? Its not the 90s any more!

If there was any other job, past, present or future, that you could have in the music industry, what would it be?
Glass collector at Syndrome circa 1991.

Has Sonic Cathedral been as affected by the recent downturn in physical sales?
Yes, I suppose so, but the sales were pretty low to begin with!

Have you fully recovered from the PIAS/Sony warehouse fire now?
Financially, yes, but it still seems such a shame that lots of those records will never exist again.

Favourite venue in London?
I will always love The Social people moan about the sound, but Ive had so many of my favourite nights out down there. I really like the Shacklewell Arms at the moment too, because it doesnt feel like just another London venue. You cant beat a church though, so either St Giles In The Fields or St Pancras Old Church, where Cheval Sombre is playing on November 22. Tickets are on sale now!

What’s next for record labels?
Just carry on regardless, I guess. I think that while the majors may be faltering, theres always room for small indies that are driven by one persons passion and whims (like Sonic Cathedral), plus the likes of Bella Union and Domino seem to be thriving, which is great.

Do you see, and if so, lament the loss of the physical forms of music for the virtual ones?
I dont see it, because I havent changed my behaviour. I still buy records on vinyl and dont bother with Spotify etc. Yes, I listen to music on my iPhone, but thats just secondary to proper listening at home. (What I resent more is that buying records, vinyl in particular, has become a real luxury, with albums selling for such high prices. However much I like something, spending 24.99 on an album is way too much.) But each to their own, you know. As long as people are still listening somehow then thats something

Will the ‘major’ labels eventually fail, or become distribution channels?
Probably, yes. Any music that isnt selling bucketloads in Asda or wherever is such a niche market now that there doesnt seem to be the need for massive companies and corporate structures. Everything will just get scaled down accordingly I suppose.

Who’s going to win the 2012 Mercury Music Prize?
Musics really not a competition

Who should win the 2012 Mercury Music Prize?
but if it was it should be Field Music!

More on Sonic Cathedral
Why I Started… A Record Label