Why I Started… Independent Label Market 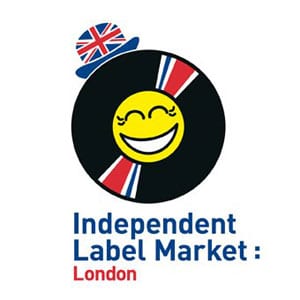 In the first of a new features series on why people in the music industry do what they do, musicOMH founder Michael Hubbard fires some Qs at Independent Label Market founder Joe Daniel on the London event’s origins and inspirations, ahead of the 2012 edition this weekend…

musicOMH: First off, thanks for agreeing to answer some questions about the Independent Label Market ahead of the 2012 edition. Please introduce yourself to our readers and let them know what you do in your day job, and how it all began.
Joe Daniel: Hi, I’m Joe Daniel, and in the daytime I run Angular Recording Corporation. I’ve been doing this since 2003, although back then it was more evenings and weekends. It all began when my friend Joe Margetts and I found an obsolete Triangulation Station in a park in Lewisham, painted it blue and decided to plot a course through popular music…

OMH: What need did you see, that was not being met, that caused you to form the Independent Label Market?
JD: A chance for record labels to meet the people who buy their records in an environment that felt somewhere between an arts and crafts fair and an East End market.

OMH: What skills did you specifically have that made you the best person to start it?
JD: None, really, I just had the idea and knew a few labels who I thought might be up for it.

OMH: Unlike Record Store Day, the Market is about the independents and leaves out the majors. Why did you decide to leave out the majors?
JD: Independent labels just seemed a good place to start because usually the person who started the label still runs it and it was that guy that I wanted running the stall.

OMH: What is the definition of an independent label these days?
JD: It’s a label that’s really into music and not so much whether it sells loads or not.

OMH: You’ve been working on the Market with Katie Riding of Bang On. How did the two of you become a team?
JD: Katie had worked with Angular for ages doing online PR, we became mates and decided to do this event together.

OMH: Which labels were first to pitch in?
JD: The ones I asked first were the ones I was friends with or knew socially, Domino, Merok, Tri Angle, Moshi Moshi, I got a few on board and then approached some others that I thought might be good to grab attention, like XL, and some others that were the reason I was doing it in the first place, Rough Trade, Mute etc. Everyone said yes, it was great.

OMH: What support have you had from artists? We saw Jarvis Cocker DJing and Darren Hayman selling on a stall at the Berwick Street event last summer.
JD: There’s always a few artists lending a hand at their label’s stalls, and also there to go record shopping. I sold Bernard Butler a Crystal Stilts record last time.

OMH: Which artists have been most outstanding in their support for the Market?
JD: Jarvis was pretty good, it was lovely to see him hanging out DJ’ng the Rough Trade back catalogue at their stall.

OMH: Does the Market take any of the proceeds from sales?
JD: No.

OMH: As you’ve watched the Market grow, have you been happy with how it’s worked out?
JD: Yeah, really pleased. It’s nice when an idea works!

OMH: If you were starting from scratch with the Market now, would you have done anything differently?
JD: Not really, no.

OMH: Do you plan to expand the name to other cities?
JD: Yeah, we went to Brooklyn last year and we’re planning on taking it to Europe later this year.