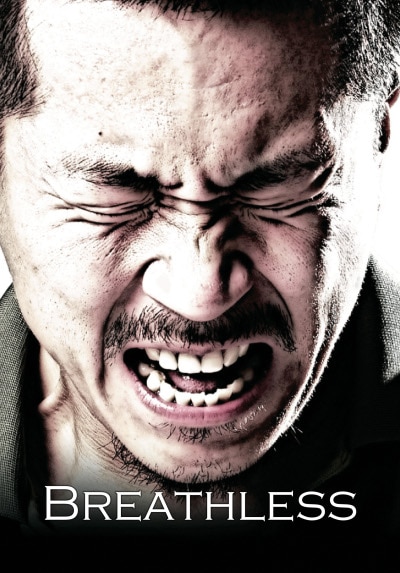 directed by
Yang Ik-june
“Fucking bitch you wanna die?” says a thug in the street as he slaps a woman repeatedly about the face. Soon a second man, Sang-hoon (Yang Ik-june), intervenes, although he is no knight in shining armour for after beating the thug senseless, Sang-hoon turns to the woman and starts hitting her too. “Why do you just take it? Stupid bitch!”

This opening sequence is a perfect introduction to both the tone and themes of Ddongpari (or Breathless). Shot in frenetic handheld that matches the tinderbox rawness of its protagonist, this is a film that reveals the contagion of abuse and cyclicality of violence in a manner so unflinching that viewers will spend half its duration wondering how on earth they are to empathise with the coarse brutality of Sang-hoon and the other half being deeply moved, even reduced to tears, by his tragic struggle against himself. Cinema rarely comes more hard-hitting (in every sense) than this and yet there is a real tenderness around its rough edges, as well as a disarming compassion for the sort of characters so easily dismissed as mere monsters.

Sang-hoon is both a product and a perpetuator of mindless savagery. He works as a strong-arm man for a debt collection agency run by his only friend Man-sik (Jeong Man-shik), and is in it less for the cash-in-hand rewards than for the violence itself. He even takes his work home with him, treating his young nephew Hyung-in with gruff aggression, and regularly beating up his own father, unable to forgive him for the deaths, years ago, of his mother and sister.

When Sang-hoon runs into school student Yeon-hee (Kim Kot-bi) in the street, his actions are typical. First he spits and swears at the girl, and when she stands up to him, he unhesitantly punches her into unconsciousness. Still, Yeon-hee is as fearless as Sang-hoon himself, recognising in him aspects of her own troubled domestic life and soon they form an unlikely friendship together, snatching moments of serene stillness in each other’s company, and imagining for the first time the possibility of change. Yet as Sang-hoon teaches his thuggish trade to a young man without realising that this would-be gangster is in fact Yeon-hee’s brother (Lee Hwan), the legacy of abuse is handed on…

As anyone familiar with Park Chan-wook’s Oldboy or Na Hong-jin’s The Chaser will recognise, Breathless is hardly the first South Korean film to show a hard man tempered by his contact with a younger woman, but its approach to the violence that it depicts is so thoroughly responsible, so determinedly deglamorised, unspectacular and non-celebratory, that it might as well have come from a different cinematic universe.

Here, violence is so pervasive, in the characters’ language, postures and actions, that it becomes the very lifeblood of the film but it is the quieter moments, expertly modulated by a very subtle score, that have the greatest impact. It is a haunting (and now multi-award-winning) debut from Yang, who proves equally talented as writer, director and actor.