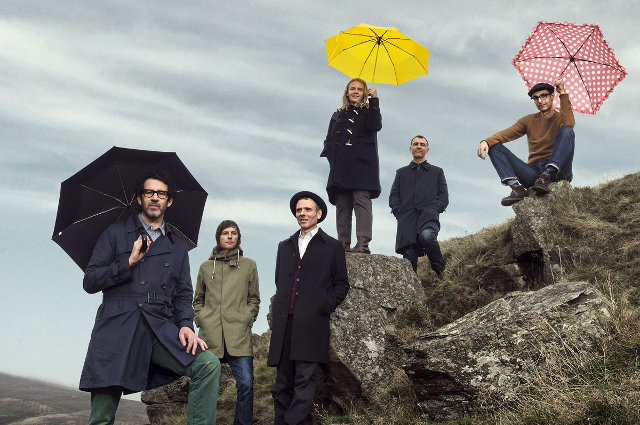 Daylight Music is one of those gems that you think twice over writing about, in case it becomes overrun with people. A free Saturday matinee show (12-2pm – donations encouraged) at Islington’s stunning Union Chapel, it’s a carefully curated experience for music and cake lovers alike.

The winter programme, which kicks off on 17 September, has just been announced, and includes Michele Stodart of The Magic Numbers, The Clientele’s Alasdair Maclean, Oly Ralfe, Laura J Martin, Stereolab’s Laetitia Sadier and She Makes War.

Onblackheath returns this weekend, with more culinary and musical delights than you can shake a street food van at. Headliners are Primal Scream on Saturday, and Belle and Sebastian on Sunday, with the rest of the bill finding space for the likes of Squeeze, Hot Chip, James, Róisín Murphy, Lonelady, Saint Etienne and Edwyn Collins. In keeping with its family-friendly reputation, the children’s area – curated by Puffin Books – returns, as does the chef’s demonstration stage. Nom!

M Ward is a busy man; as well as a string of solo records, in recent years he’s released no less than five albums with Zooey Deschanel as She & Him, and a collaborative album with My Morning Jacket’s Jim James and Bright Eyes’ Conor Oberst and Mike Mogis, as Monster of Folk. He’s also produced records for countless folkish stars, including Jenny Lewis and Mavis Staples. This Tuesday – 6 September – is all about him though, as he returns to London for a headline show at KOKO.

West Londoner Sophie Ellis Bextor plays a homecoming show at Bush Hall on Thursday 8 September, ahead of the release of her sixth studio album, Familia. As per her previous record, Wanderlust, she’s teamed up with Ed Harcourt, who’s co-written, produced and arranged the record. Expect lashings of upbeat disco – as Sophie herself puts it: “It sees the Wanderlust girl move away from Eastern Europe to the warmer, sunnier climate of South America where she’s swapped vodka for tequila.”