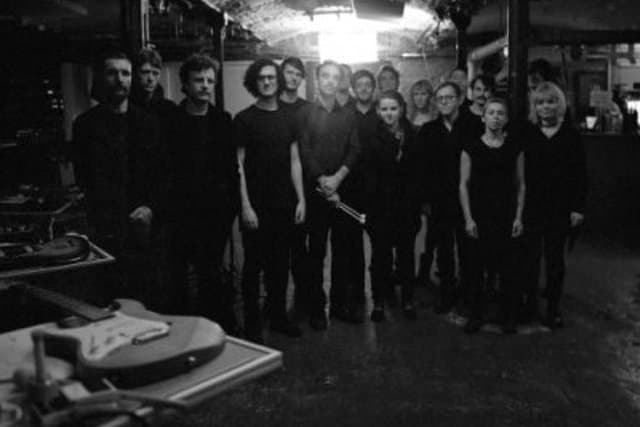 DIY Space for London – the cooperatively-run social centre, in an old industrial unit off Old Kent Road – celebrates its second birthday next weekend. In its fledgling years, the space has hosted hundreds of gigs, workshops, talks and other gatherings, and the creative, community-focussed things they’re doing there are inspiring. If you’ve not been, why not pop by for their birthday do. From 12-6.30pm on Saturday 16 September, there’s a series of talks and discussions, an open day from the Print Collective based there and an opportunity to find out about how to do sound at an event and get involved in shows there. From 7.30pm, you can see Bamboo, Charmpit, Nathan Persad and Whitelands for a mere fiver. And there’s an afterparty til 3am, with tunes from resident record shop, Tome Records. On Sunday they’re hosting a screening of The Great Social Housing Swindle, with a Q&A afterwards. If you can’t make it over the weekend, they’ve also got the brilliant Jesus And His Judgemental Father and Fresh playing on Friday night.

The Union Chapel is celebrating this week too, as it marks 25 years of gigs. A special show to celebrate the breadth of music we’ve enjoyed there over the years. The soothing Luke Sital-Singh, the bolsh of The London Contemporary Orchestra, East London Brass, The Union Chapel Singers and many more and lined up for the evening of Saturday 16 September. They’ll be stripping things back to be just as it was when completed in 1877. No PA, no LED lighting, no stage – just a pulpit and 100s of candles. Sounds lovely.

If churches are your thing, you’ll also enjoy what St John at Bethnal Green have in store on Saturday 16 September. Ex-Easter Island Head make huge, bold electric guitar/percussion sounds. At times droning or minimal, at others ambient and sonically dense. The sparse church will be a fitting venue.

Elbow are slowly, without us really realising, becoming one of those bands which headlines the biggest festivals, re-releases albums on vinyl to adorn coffee tables, and plays absolutely huge gigs. They’ve just announced a show at the O2 Arena for 7 March 2018. It follows the release of Kindling (Fickle Fickle) – a re-recording of an album track which sees the song transformed into a duet between Guy Garvey and John Grant – who will be supporting the band on tour.