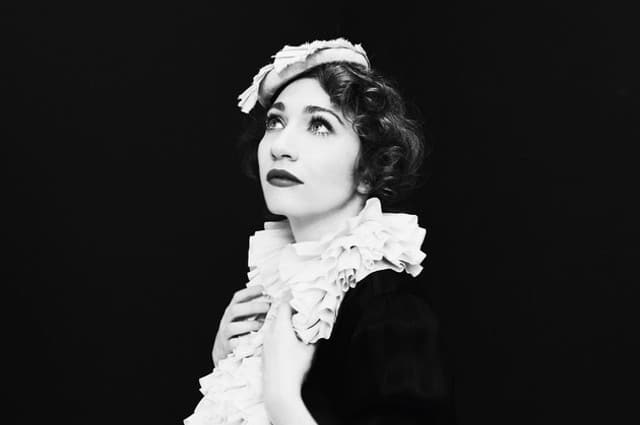 Regina Spektor plays at the Royal Festival Hall this week

Regina Spektor‘s two nights at the Royal Festival Hall this week follow the release of her seventh album, Remember Us To Life, in September. It saw a change of tack for the New Yorker, and for the first time featured songs written specifically for the record; previously, her albums were comprised of tracks written throughout her career. But she’s spoken of feeling more creative than ever, following the birth of her first child in 2014. Whatever stage of her career, Spektor’s live shows are always a delight, and the grand surroundings of the Southbank Centre are sure to make for a special couple of nights, on Monday 14 and Tuesday 15 November.

Jamie T plays a rescheduled show at Brixton Academy on Wednesday 16 November, having called off the original date in October due to illness. The show was intended to mark the release of his fourth album, Trick, which we were really rather impressed with, saying: “Trick may well be his masterpiece, combining all the elements that have made him such an enduring and much-loved musician over the years to create a genre-bending classic. Ahead of the record’s release, Jamie T said he was in the best place he’s been in six years. The proof is right here.” Now the crowd have had time to get to know it, this rearranged date might suit him even better.

The wonderful Keaton Henson plays at London Palladium this week. It’s an unusual venue for the notoriously stage shy musician but is sure to be a fitting venue for his irresistible sound. The Londoner’s music is haunted with a beautiful fragility that doesn’t always make for comfortable listening but is impossible to remove yourself from. his most recent work, Romantic Works, is entirely instrumental. Dubbed ‘bedroom classical’, it’s influenced by the likes of Phillip Glass, Avro Pärt and Henryk Gorecki. See him on Friday 18 November.

Jens Lekman is busying himself for a new album in 2017, and has announced a gruelling string of European and US tour dates around it. The Swede looks to the likes of Arthur Russell and The Magnetic Fields for his pop melodies packed full of feeling, with a definite injection of wry wit. He’s due to stop off at east London’s Oval Space on 29 March, but has also snuck in an extra date at the end of his current tour, at Oslo next week, on 21 November.