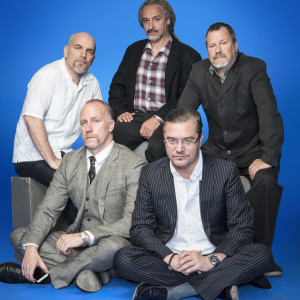 Faith No More bring their first album for 18 years to Camden this week. Sol Invictus was a welcome return for the band who set the blueprint for nu metal several decades ago, and even after all that time has passed, we’re betting that Mike Patton’s roaring vocals can still put newcomers to shame. See them on Wednesday and Thursday at the Roundhouse.

Rhodes has been a busy man, having spent the last few months supporting the likes of George Ezra, Rufus Wainwright and Sam Smith, and later this year he’s set to the hog the limelight with his brooding, melancholic debut album, Wishes, which is set for release on 18 September. He’ll be showing it off with his biggest UK tour to date, including a stop at KOKO, on 9 October.

Faith No More MP3s or CDs

Faith No More on Spotify