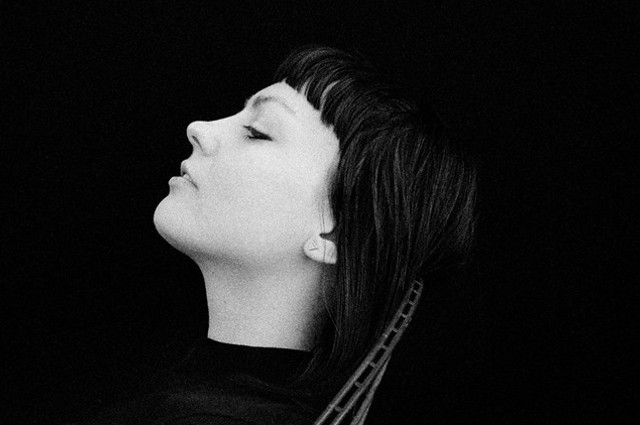 Angel Olsen returns to London for her first UK show since 2014. And how things have changed for her. From grungey pop to folkish lilts, her three albums have seen her grow in sound and scope. The title of her latest record, My Woman, is something of a mission statement: more confident and self-assured, it’s a bringing together of everything she’s learned over the course of her work to date. It’s a warm gem of an album. See for yourself at her biggest show to date, at KOKO on 17 October.

Goat are gloriously, outrageously bonkers. A brightly coloured, wildly contagious explosion of psychedelic, world music fused in alt rock. The Swedes perform wearing masks, locking them in their own world of lost inhibitions. Catch them at the Coronet on Tuesday 18 October.

Richmond Fontaine bow out this week, with their last ever gig set to take place at the Electric Ballroom. After a 20-year stretch, the band from Portland, Oregon announced earlier this year that their 10th album, You Can’t Go Back If There’s Nothing To Go Back To was going to be their last. A farewell tour commenced and London is set to host the last date. Expect an emotional show on Friday 21 October – frontman Willy Vlautin and co have earned a loyal fanbase over years with their distinctive brand of alt country.

Cooking Vinyl celebrate their 30th anniversary this year, and hosting not one but three birthday parties to mark the occasion. The label will welcome past and present artists at three shows at the Lexington. Headliners are Turin Brakes, Lewis Watson and Billy Bragg. Other acts set to play at the shows, from 5-7 December, include Alison Moyet, Teddy Thompson, Jon McClure, Billy Lunn and John Wheeler. A limited edition 70-track CD and vinyl box set, Cooking Vinyl 1986-2016, will be released on 25 November.