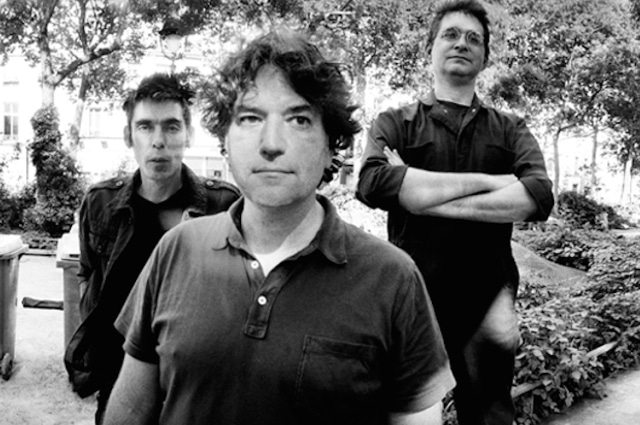 Shellac have announced a show at KOKO in May

News of The Week

Shellac have announced a mini UK tour, including a London date, for the spring. The Chicago post-hardcore veterans played at Primavera last summer but haven’t stepped on our shores for over two-and-a-half years, having concentrated their efforts on the US, Australia, Japan and Europe, and presumably their day jobs as well. They’ll be at KOKO on 31 May.

Elsewhere, the Barbican has announced a bunch of really exciting upcoming shows. On 30 March, they host Swans frontman Michael Gira, Thurston Moore and Laura Cannell, for Saisonscape: New Life, a specially curated evening of music that explored ideas of growth, rebirth and renewal. On 11 March, Radiohead‘s Jonny Greenwood will be joined by Israeli composer/producer Shye Ben Tzur and The Rajasthan Express – a group of Indian musicians – to perform their album, Junun. The Nonesuch release was recorded in a makeshift studio in the Indian state of Rajasthan, and its title translates into ‘mania’ or ‘the madness of love’.

And finally, on 12 April, a show called The Secret Life of Organs brings together The Necks and British organist James McVinnie. It promises to “explore the extraordinary sonic possibilities and sounds of organs” in a programme including music by Philip Glass and Tom Jenkinson – aka Squarepusher.

The fascinating Public Service Broadcasting are set to play at what is surely their dream venue. On Friday 22 January they’re taking over the IMAX Theatre at the Science Museum. In a brilliantly imagined piece of programming, they’ll be performing tracks from their 2015 album, The Race To Space, just by the museum’s exhibition Cosmonauts: Birth of the Space Age. Talk about immersive. That album includes archive footage from the BFI and samples of US and Soviet space missions, alongside fizzing electronic instrumentation, to evoke the story of space during the Cold War.

Former Drive-By Truckers frontman Jason Isbell returns to London for a show at the Forum on Thursday 21 January. It was originally scheduled for Shepherd’s Bush Empire but, like dozens of other shows, has been moved while the venue’s closed for emergency repairs. Expect to hear tracks from his fifth album, Something More Than Free, which was released last July via Southeastern Records. His Southern-inspired tales of working class life always feel spine tinglingly authentic and his voice has that old time rawness to it that makes him a warm, comforting delight.

After a decade of toil, The Maccabees were rewarded with their first Number 1 album last August, when their fourth release, Marks To Prove It, went really quite massive. They’re celebrating that success with three nights at Brixton Academy this week – on Wednesday, Thursday and Friday – a venue not too far from their stomping ground of Elephant & Castle, which is where their studio is based, and which played more than a cameo role in their last record.