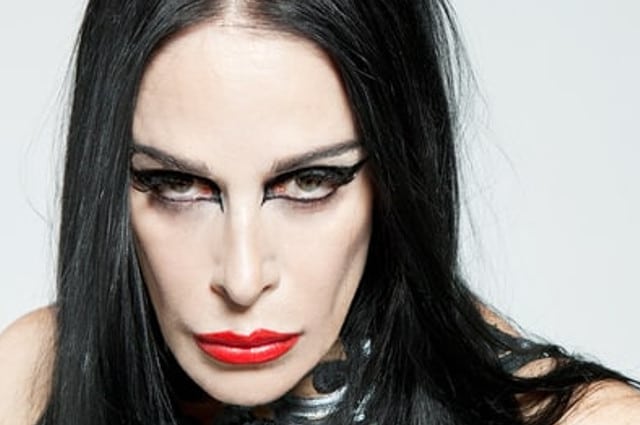 One of the most remarkable vocalists, composers and pianists of our time, Diamanda Galás, returns to the capital this week, for a show at the Barbican on Monday 19 June. Her voice is primary weapon, whether she’s engaging in an operatic soprano or an utterly haunting shriek, the avant-garde icon puts on a performance like no other. At this show, she’ll be performing works from the two new albums, All The Way – a collection of re-workings of traditional and jazz standards – and At Saint Thomas the Apostle Harlem – which documents her May 2016 performances at the Sanctuary of the church in Harlem, New York.

Electro pioneers Kraftwerk bring their immersive 3D multimedia show to the Royal Albert Hall for three nights this week. Living up to their long-held reputation for breathing life into visions of the future, the shows, on Wednesday 21-Friday 23 June, promise to combine music and performance art. A true gesamtkunstwerk – ‘a total work of art’.

Since leaving Portico Quartet to forge his own sound, Nick Mulvey has impressed a new set of fans with his new, folky sound. His 2015 debut, First Mind, merged slightly left field beats with soft guitars. It’s follow-up builds on this sound, feeling more confident than its predecessor. Expect a warm, upbeat show on Monday 19 June at Village Underground.

Fleet Foxes released their long-awaited third album, Crack-Up, last week, and coincided that with the announcement of a London show at the end of the year. Their latest record comes some six years after the release of their second – 2011’s Helplessness – and nearly a decade since their self-title debut. See them at Brixton Academy on 23 November.