by Helen Clarke
published: 1 May 2016 in London Gigs
Tweet 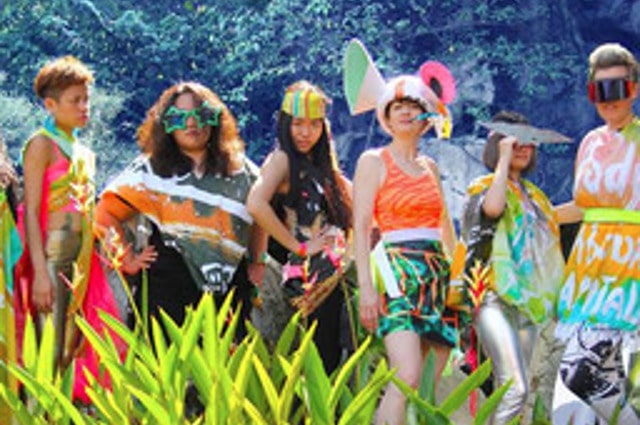 Peckham keeps threatening to oust east London at the capital’s go-to place for exciting, new music, and the arrival of Peckham Rye Music Festival surely goes some way to give credence to that battle. The debut outing from this independent, dance-focused festival will take in 10 venues, with dozens more acts just announced. It’s billed as a celebration of the local music scene, bringing together the artists, labels and record shops that make it tick, as well as some headline acts from around the globe. Venues include The Four Quarters, The Montpelier, The Gowlett Arms, Canavan’s Peckham Pool Club, Rye Wax and, of course, Bussey Building. Acts already announced include Juan Atkins, Pangaea, Bas Clef, Ears Have Eyes, Junk Son, Lakuti, Benji B and Webeeza. Tickets cost £35, for the three-dayer, from 13-15 May.

The mind-bending Chicks on Speed call in to Café Oto on Tuesday 3 May. Are they activists, satirists, artists, new media provocateurs? We’re still not sure, and this show – Voodoo Chanel, looks set to add to that mystique even further. We’re told it’ll see them “collaborating with UK artists in a performance of freshly written music and movement-controlled sonic devices.”

Luke Haines is ditching the concept album, erm, concept, and dusting down his old classics for two shows at The Lexington this week. He’ll be On stage at 6pm and 8pm on Wednesday 4 May, when he’ll be playing songs from the four albums by The Auteurs, as well as tracks from his 1996 album, Baader Meinhof.

Remember Vanessa Carlton? Early noughties, A Thousand Miles, bit dull? Well, she’s back, with a record that’s really quite good. A sort of folkish, at times electro, dream-pop take on the classical thing she used to be known for. Think Jenny Lewis or even Beach House. See for yourself at The Lexington on Tuesday 3 May, or if you can’t make that, she’ll be back at The Scala on 18 May.

Chicks On Speed MP3s or CDs

Chicks On Speed on Spotify