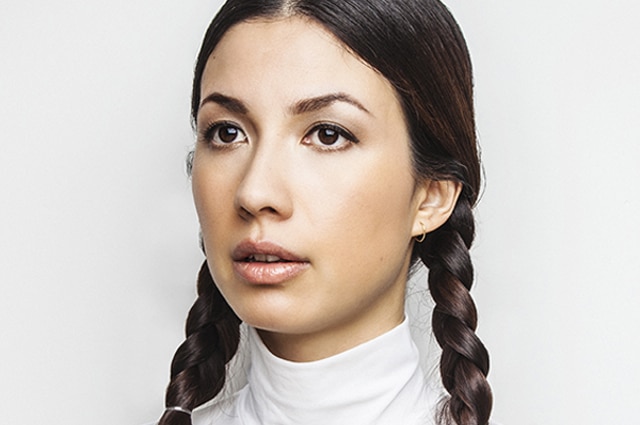 Hackney one-dayer Visions has announced its fist wave of acts, set to take over six venues on Saturday 6 August. Those confirmed include Young Fathers, Anna Calvi, Lindstrom, Lightning Bolt, Mykki Blanco, Show Me The Body, The Japanese House and Drones Club. A £30 ticket gives you access to all of the shows at venues including Oval Space, St John at Hackney church, Netil House and The Laundry, as well as a craft beer festival and street food market.

Emmy The Great’s third album, Second Love, was released earlier this month after a break of almost five years. A mature album, full of twists and turns, Emma-Lee Moss has come a long way since the timid acoustic tracks of her first record. Always a treat live, she’ll be at the lovely Islington Assembly Hall on Thursday 24 March.

Laura Mvula also stops off at Islington Assembly Hall on Tuesday 22 March. With a new album due out in May, expect plenty of new material. If Overcome, her single featuring Nile Rodgers, is anything to go by, it’s going to be a gig to remember.

The Windmill’s all-dayers are something of a bank holiday institution, and this year they’re hosting a ‘bad Friday’ barbecue on, you guessed it, Good Friday. The line-up includes Misty’s Big Adventure, ex-Broken Family Band man Steven James Adams, bonkers Japanese grrrl pop band No Cars and lots more. It starts at 3pm, and tickets are £9.