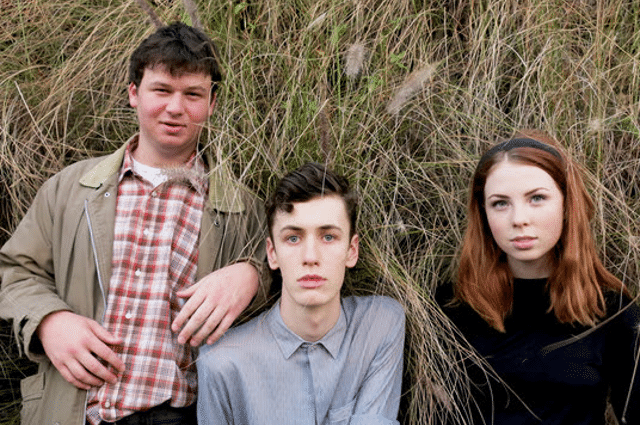 The Goon Sax play their first UK shows this week

Aussie teens The Goon Sax play two shows in London this week – their first ever UK dates – stopping off at DIY Space for London on Monday 26 and the Shacklewell Arms on Tuesday 27 September. The trio are all 17-18 years old and cite The Pastels, Talking Heads, Galaxie 500, Bob Dylan and Arthur Russell as influences. Their debut album Up To Anything was released earlier this year and is an endearing, spiky punch of teenage melodrama.

South London trio The Invisible are often referred to as ‘the ultimate session musicians’ – a reference to their prolific session duties; between them the band’s members have played with, produced and written for, some of the biggest names in British music. Which has undoubtedly come in handy when it came to the release of their third record earlier this year. Patience is jam-packed with guest appearances from the likes of Anna Calvi, Rosie Lowe and Connan Mockasin. It’s a gem of a record; more self assured than their previous work, it feels like the work of a band who’ve found their way. That way is synth-fuelled, RnB-inflected pop. See them at Oslo on Wednesday 28 September.

Gary Numan has plugged a couple of extra dates onto the end of his current tour. Whereas the bulk of the dates will feature tracks from early in his career, the latter London shows will also include tracks from 2014’s Splinter. Catch him at Bush Hall on Saturday 1 October and Electric Brixton on Sunday 2 October.

African/punk/jazz/punk mash-ups Melt Yourself Down have announced a show at new south London venue Omeara on 30 November, as part of a string of dates to preview new material.

The Goon Sax MP3s or CDs

The Goon Sax on Spotify