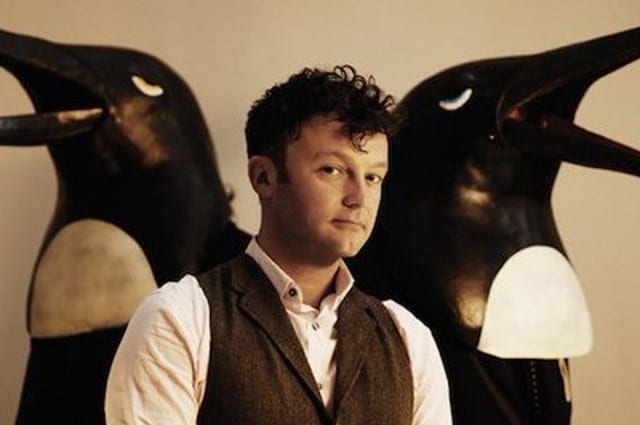 Nils Frahm‘s Possibly Colliding continues on Saturday 2 July, with two very distinct sets from artists who combine classical and modern music influences to create something new. Penguin Cafe – a disparate group of musicians from the likes of Suede and Gorillaz – lead by Arthur Jeffes, the son of Penguin Cafe Orchestra founder, Simon Jeffes – combine minimalist compositions with freeform structure. They’ll be joined by Nils Frahm to perform some of Jeffes’ best known works. Anna von Hausswolff will open the show.

A whole 15 years after the release of his Mercury nominated debut, Here Be Monsters, Ed Harcourt has signed to Polydor and is about to release his seventh album, Furnaces, produced by Flood. Get a sneak peak at the Borderline on Thursday 30 June.

James Blackshaw recently announced an indefinite hiatus from live performance, so if you’ve been putting off seeing him, make sure you head down to Cafe Oto on Thursday 30 June. An incredible instrumentalist, whose command of the guitar is second to none. He has fans in high places, having collaborated with the likes of Lubomyr Melnyk, performed and recorded as a member of Current 93 and with Jozef Van Wissem as Brethren of The Free Spirit. He’s toured and played shows with Swans and Jose Gonzales, among many, many others. Prepare for an emotional show.