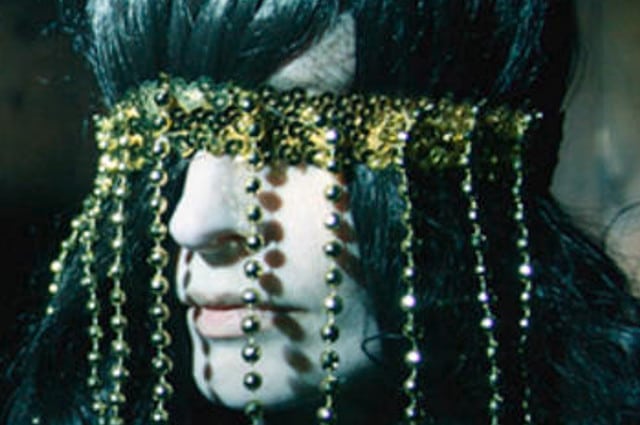 Jenny Hval is set to play at Visions festival this summer

Grandaddy stop off at both the Roundhouse, on Monday 3 April, and Rough Trade East, on Tuesday 4 April. This run of shows follows their brief reunion in 2012 and marks their first new music for 10 years, in the form of new album, Last Place. Support comes from the rather newer Amber Arcades.

Experimental collaborative Yorkston Thorne Khan brings together the talents of Scottish singer-songwriter James Yorkston, Suhail Yusuf Khan – a sarangi player and classical signer from Calcutta – and Lamb bass player Jon Thorne. The trio met by chance, as a festival in Edinburgh, where, after chatting about music backstage, they decided to play that night’s show together. The rest is history, and their second album, Neuk Wight Delhi All-Stars is released this week. They explore different sounds, with firm nods to their roots in India and Scotland, teasing out each band member’s distinctive sounds and styles. They play at St John At Bethanal Green on Tuesday 4 April – the perfect setting.

New Orleans’ Hot 8 Brass Band bring their brand of jazz, funk and hip hop to the Roundhouse for their biggest show to date, on Tuesday 4 April. A thundering stampede of energy, they’re bound to raise the roof. Expect tracks from their new album, On The Spot. Support comes from Mr Scruff.

Multi-venue one-day festival Visions returns on 5 August, and organisers have already announced some of its early line-up. Liars, Jenny Hval, Sophie, The Men, Goat Girl, Zebra Katz, Noga Erez and Helado Negro are among those set to play at venues including Oval Space, London Fields Brewhouse, Mangle and Netil House Rooftop. This will be the event’s fifth outing, and it’s by now well established itself as one of the capital’s most eclectic and well-programmed festivals.
Expect plenty more too; screen and print classes, a craft beer market, street food, a record fair…and even a dog show.