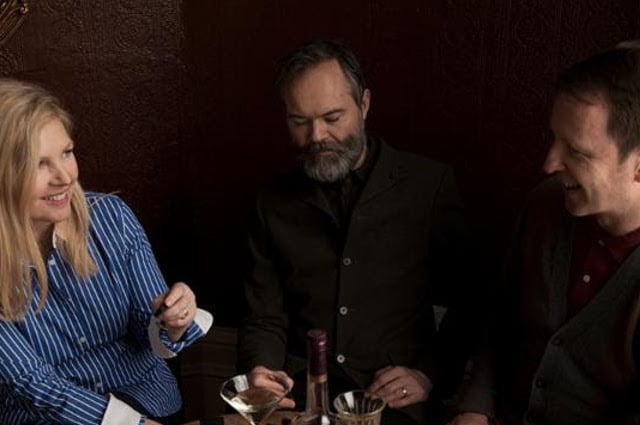 Saint Etienne have announced a new album and tour

Goldfrapp are set to release their seventh album this week. Silver Eye will be unleashed on 31 March, a few days after their show at the Roundhouse, on Monday 27 March. It’s full of cinematic, chilling electro, with the band making their usual subtle shift in sound from their previous record. It should give them plenty of material for their always flamboyant show.

Oval Space hosts Jens Lekman on Wednesday 29 March. The Swede has one of the most evocative voices around, weaving his droll vocals around joyful pop hooks. His songs are packed full of humour, sarcasm, romance and melody, and his live shows drop him into his natural habitat.

Max Jury plays at London Bridge venue Omeara, on Wednesday 29 March. The 21-year-old has an infectious voice that soars over intricate melodies and gentle percussion. He’s an absorbing listen; an instantly engaging singer/songwriter who takes inspiration from the greats but puts his own refreshing twist on them.

Mogwai have announced a massive world tour, which will take them across Europe and America, wrapping up with dates in London and Glasgow at the end of the year. The London show will be at Brixton Academy on 15 December. They recently finished their ninth studio album. The as-yet-untitled record saw them team up with producer Dave Fridmann for the first time since 2001’s Rock Action LP.

Saint Etienne have announced a new album, Home Counties, set to be released by Heavenly on 2 June. Sixteen songs about growing up in the Home Counties, it explores the love/hate relationship people have with ‘home’; it imagines what might have happened if David Bowie has remained David Jones of Bromley, summons up the Enfield poltergeist and the anarchy of Essex’s Plotland settlers. They’ll tour in the run-up to its release, including a date at the Royal Festival Hall on the release date itself.