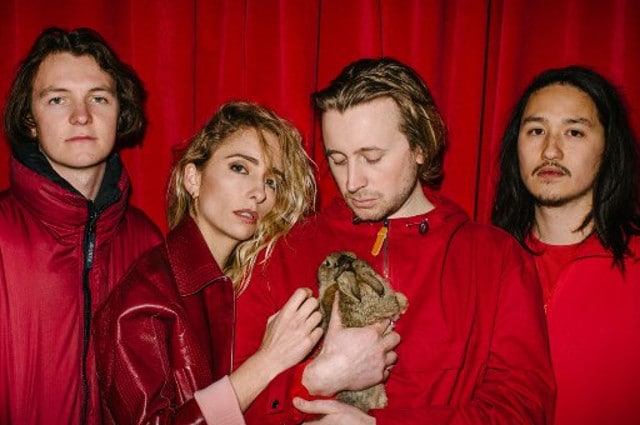 Pumarosa (and bunny?) play at Electric Brixton this week

It’s getting to that time of year when London’s venues are packed with bands doing the festive rounds. This week you can catch the likes of David Ford at Bush Hall, St Etienne at Shepherd’s Bush Empire, The Charlatans at Brixton Academy, Bananarama and later The Darkness at Hammersmith Apollo and even Rick Wakeman with Maria Rud at The Queen’s House in Greenwich.

You can also see Gorillaz at the O2 Arena, following the release of Humanz – their first album for seven years – back in April. Expect a visual feast from the virtual band and their human live band, led by Damon Albarn, on Monday 4 and Tuesday 5 December.

Pumarosa have had a great year, having released their debut album, The Witch, through Fiction Records, and played a string of high profile live shows, leading up to this week’s gig at Electric Brixton. A force to be reckoned with, they combine a steely backing with chilling vocals that leap all over the place, pulling you along with them. See them on Wednesday 6 December.

The wonderful Hurts stop off at Brixton Academy on Thursday 7 December, as part of their biggest headline tour to date. The synth-pop dup released their fourth album, Desire, in September, so expect plenty from that…and if we ask nicely, maybe their not so merry Christmas song, All I Want For Christmas Is New Year’s Day.

With 70 years and 294(!) albums, and over 100 million record sales under his belt, one might expect Charles Aznavour to be taking it easy. But no, the legendary 93-year-old is clearly not one for resting. The French singer-songwriter, perhaps best known for penning songs like She and The Old Fashioned Way, began his career in the 40s writing for such notables at Edith Piaf, Maurice Chevalier and Chales Trenet, and his influence can be felt amongst balladeers of the highest calibre. There’s a reason he’s often referred to as The French Sinatra. See him at the Royal Albert Hall on 30 June next year.