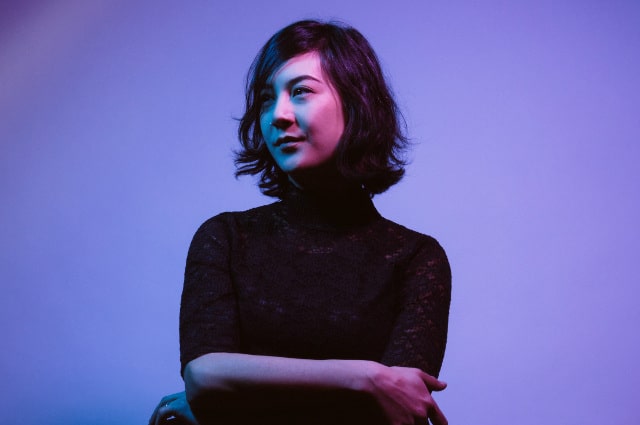 Japanese Breakfast plays at The Dome, in Tufnell Park, this weel

Michelle Zauner – aka Japanese Breakfast – released Soft Sounds From Another Planet earlier this year, and if there’s an award for the title that best describes the feel of a record, it should truly be hers. At times cinematic, at others soaring pop ballads, it’s got it all. See her at The Dome on Tuesday 7 November. Support comes from Night Flowers.

Father John Misty has had an interesting few years. From the highs of his 2015 breakthrough, I Love You, Honeybear – which has almost universally acclaimed – to his very public outbursts about the current state of play in America, and particularly its president. His recent album, Pure Comedy, is naturally a tougher listen than its predecessor, and its delivery in a live setting is bound to be an impassioned one. See him at Hammersmith Apollo on Tuesday 7 and Wednesday 8 November.

Icelandic singer/songwriter Emilíana Torrini has one of those voices that just washes over you. A beautiful, twinkling vocal full of quirks, it’s the instrument she’s always relied on. So her decision to team up with experimental Belgian instrumental ensemble The Colorist Orchestra, was a surprising one. The eight-piece specialist in reinterpreting other artists’ work, and their recent collaborative album features nine Torrini favourites, given a make-over, along with two new tracks. See them perform together on Friday 10 November at Shepherd’s Bush Empire.

Following the announcement that Field Day is set to vacate its Victoria Park home, another, even bigger festival has swooped in to claim the east London park as its home. All Points East has announced a frankly ridiculously impressive line-up over three days in May. LCD Soundsystem, Björk, Beck, Lorde, Yeah Yeah Yeahs, The xx and Father John Misty have all signed up for the event on 25-27 May. The National are also set to play at Victoria Park on 2 June, alongside The War On Drugs, Future Islands and Warpaint.