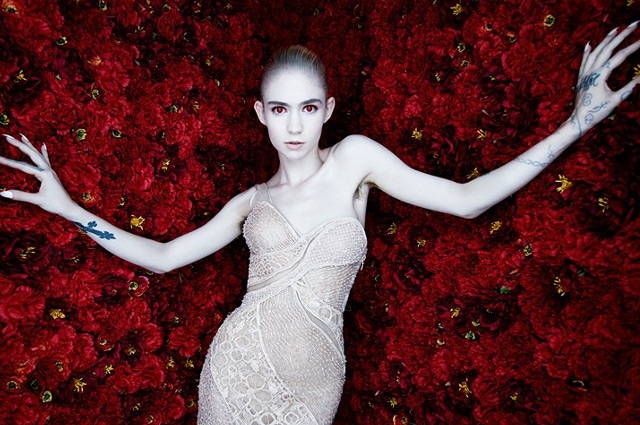 Announcement of the Week

Nils Frahm is set to take over the Barbican for a weekend in July, when he curates Possibly Colliding. Following in the footsteps of Nico Muhly and The National‘s Bryce Dessner, the Berlin-based composer curates the annual marathon weekend, which stretches beyond the Barbican to venues including LSO St Luke’s, St Giles Cripplegate and Milton Court Concert Hall.

Highlights include a double bill featuring Anna von Hausswolff – who will perform with her full band and a choir – and Penguin Café; an expermental jazz-infused line-up with trio Ambiq and Nik Bartsch’s acoustic group, Mobile Extended.

Frahm himself will be performing with special guests and in a day of electronica featuring Kaitlyn Aurelia Smith, Canto Ostinato Audio Visual and Luke Abbott’s new project, Szun Waves. Tickets range from £5-35 for shows across the weekend, from 1-3 July 2016.

Gigs of the Week

Grimes has established herself as something of an enigma, thanks in no small part to her incredible live shows. A true performer, her shows bring to life her brand of experimental electro. The Ac!d Reign tour – in support of her most recent album, Art Angels – stops off at Brixton Academy on Friday 10 March, and promises a “uniquely immersive live experience”. This is the Canadian’s first headline tour since 2012, so expect something quite spectacular.

Convergence festival kicks off on 10 March, with shows at venues across London from 10-20 March. Its aim is to celebrate visual artists, technologists and musical pioneers, and Sunday’s show at the Roundhouse certainly ticks off the latter. Pieces Of A Man commemorates the life and legacy of Gil Scott-Heron. The Invisible‘s Dave Okumu will lead an impressive cast, including Anna Calvi, Nadine Shah, Kwabs, Joan As Police Woman and Jamie Woon.

Flowers‘ second album, Dying To Meet You, was released last month and delivered more of the gorgeously dreamy C86-inspired indiepop they’ve become known for. Part Cocteau Twins, part Galaxie 500, singer Rachel Kenedy’s voice has a purity to her voice that divides listeners; it’s a real love or hate thing. Decide which team you’re on when they play at Sebright Arms, on Friday 11 March.