by Helen Clarke
published: 7 May 2017 in London Gigs
Tweet 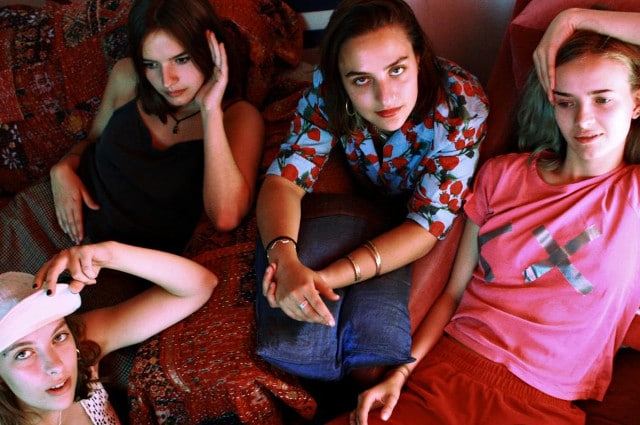 If raucous, venomous, in yer face DIY is your cup of tea, you’ll soon fall in love with Goat Girl. The Rough Trade signings have built up a steady following around south London, and things seem to be gathering a pace now. They’re playing at Dalston’s Birthdays on Monday 8 May, when tickets are a mere four quid – don’t expect to see them playing such low key shows for much longer.

Theme Park make a welcome return this Monday 8 May, with a show at Oslo to show off their new album, Is This How It Starts? It’s fair to say the trio don’t tend to rush into things; it took them two years to release their debut after they first burst onto the scene…and another four years to follow it up. A harder hitting electro sound than their first release, this latest collection should pack a punch live.

Frank Turner turns host and compère for a four-day residency – Lost Evenings – at the Roundhouse this week. Launching on Friday 12 May, it’s packed full of events including workshops and panels running throughout the day aimed at helping young aspiring musicians, while the evenings will feature some special performances from the man himself.

It’s a busy time for Future Islands ; they released their fifth album, The Far Field, recently, played a sold out show at The Dome in Tufnell Park, and appeared on Jools Holland last week. It’s no wonder they feel confident enough to announce their biggest London gig to date, at Brixton Academy on 20 November. Tickets go on sale this Wednesday 10 May.