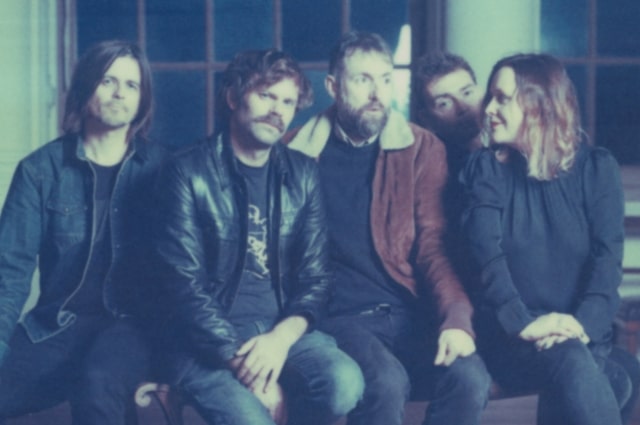 Slowdive play at the Roundhouse this week

Shoegaze pioneers Slowdive stop off at the Roundhouse on Friday 13 October. Expect to hear plenty from their self-titled record, released earlier this year, 22 years after their last. With all the hallmarks of the sound that defined them first time around, but with a more expansive and sophisticated production, Slowdive was far from simply a nostalgia fest; it is a welcome return. Support comes from the brilliant Low – who also play at the Union Chapel the following night.

Steve Albini’s Shellac will be delving deep into their back catalogue for a gig at Camden’s Electric Ballroom this week. A restless and challenging band that have something of a cult status, this should be a very special show. See them on Thursday 10 October.

American folksters The Mountain Goats are in town this week to show off their latest record, Goths. Now considered the elder statesmen of the US indie-folk scene, they specialise in spine-tingling tales of beauty in the mundane – heart warming stuff and a remedy to chaos of rolling news. See them at Shepherd’s Bush Empire on Wednesday 11 October.

Rory Graham – aka Rag n Bone Man – has had a phenomenal year. From triumphant sets at some of the summer’s biggest festivals to shifting more than two million copies of his debut record, Human, and winning two Brit Awards along the way, he’s looking ahead to an equally impressive 2018. Getting it in the diary early, he’s scheduled a European tour, including a London date, so if you’ve missed out on tickets for this three-night run at Brixton Academy next month, you can see him at Alexandra Palace on Thursday 8 March next year.