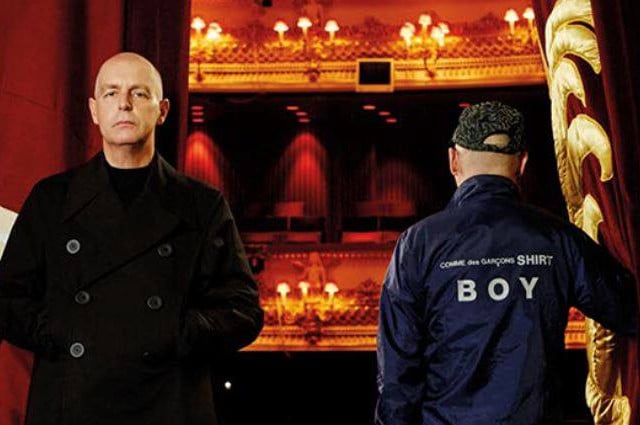 It’s over 30 years since Pet Shop Boys released their first album, and they’ve never really needed an excuse to put on a huge show. This week, however, they’ve got one; they’re launching their brand new record, Super, with a four day residency, from Wednesday 20-Saturday 23 July, at The Royal Opera House. Expect spectacular stage design and choreography at the shows, dubbed Inner Sanctum, which will be the duo’s only UK gigs this year.

Durham DIY punks Martha play their biggest London show to date on Friday 22 July, when they stop off at the Tufnell Park Dome. It follows the release of their long-awaited second album, Blister In The Pit Of My Heart, earlier this month on Fortuna Pop! Full of irresistible punk-pop tunes that mask their often angsty and angry subject matter, it’s a satisfying follow up to their 2014 debut, Courting Strong. Support comes from Trust Fund.

Futureheads frontman, Barry Hyde, brings his new rabble, The Malody Ensemble, to St Pancras Old Church, on Friday 22 July. A world away from the new wave wonky-pop he’s best known for, his new material looks to the likes of John Grant and Perfume Genius for inspiration. A more dramatic, multi-instrumental sound, his ensemble features lashings of piano, strings and horns. The shift in focus is understandable; his debut solo album documents his experience of bipolar disorder and his life changing breakdown. He’s always been a natural showman, so expect a few laughs amid the more serious sounds.

Announcement Of The Week
The Barbican has announced a double whammy of autumn shows. First up, King Creosote is set to launch his new album, Astronaut Meets Appleman, on Wednesday 7 September. Barbican is producing the show at Hoxton Hall, which comes some five days after the record’s release, which continues to blend folk with electronica. Back at Barbican Hall, Ukranian composer and pianist <a href=”https://www.musicomh.com/artist/lubomyr-melnyk/”>Lubomyr Melnyk and Mexican electronica artist Fernando Corona – aka Murcof – team up with French pianist Vanessa Wahner feature in a Halloween double bill, on Monday 31 October.