by Martyn Young
published: 11 May 2013 in New Music
Tweet 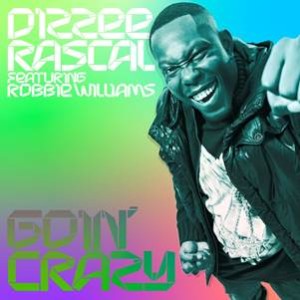 Dizzee Rascal has marked his return this summer by unveiling Goin’ Crazy, the first single from his forthcoming album The Fifth.

The single is a collaboration with Robbie Williams and the video for the track sees the pair indulging in a Quadrophenia style homage as they ride through LA on their own souped up scooters. The video is directed by Andreas Nilsson, who has previously worked with The Knife, Kanye West, MGMT and Miike Snow.

Dizzee’s fifth studio album is his first since 2009’s hugely successful Tongue n’ Cheek. The single’s premier follows the unveiling of album track H-Town last month; it was recorded in the US with hip-hop figure Bun-B.

Dizzee Rascal describes the collaboration as involving the two men working closely together: “Having Robbie involved has been good,” he said. “When his name came up, I was excited about it. We went to his house to record it. It’s not often on these things you sit in the same studio any more. He told me some amazing stories.” It’s a feeling that is seemingly reciprocated by Williams: “I love Dizzee’s vibe, his energy, and he is a real talent. He seems to be the voice of this generation, so it was a no-brainer.”

The Fifth will be released on 17 June through Dizzee’s own Dirtee Stank label. As well as the album release, Dizzee will support Muse on their summer stadium tour and will appear at numerous summer festivals including a Pyramid Stage spot at Glastonbury.