Katy B – What Love Is Made Of

by Michael Hubbard
published: 15 May 2013 in New Music
Tweet 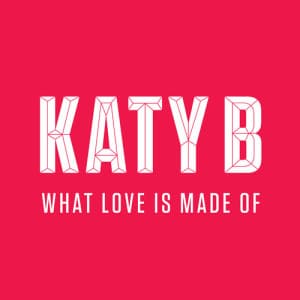 Following her recent Danger EP, which featured collaborations with Diplo, Jessie Ware, Iggy Azalea and Wiley, Katy B releases her first single proper from her upcoming second album, due this summer through Columbia. It’s called What Love Is Made Of.

And, just like her Mercury-nominated, chart-conquering debut album On A Mission – released all the way back in 2011 – it is rather fine.

This time round she’s been working with long-time cohort Geeneus and Fraser T Smith, with tracks from Skream and Diplo also in the mix to make the final tracklisting.

Katy is playing at various festivals around Europe this summer, including Radio 1’s Big Weekend and, on 14 July, London’s Wireless Festival at the Queen Elizabeth Olympic Park.

Katy B MP3s or CDs

Katy B on Spotify

More on Katy B
Katy B – Honey
Katy B – Little Red
Katy B – What Love Is Made Of
Katy B: “When you’re making music you just do it, you don’t think about reviews” – Interview
Katy B – On A Mission