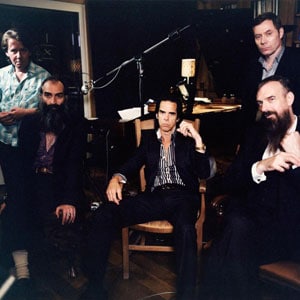 Ahead of the release of Push The Sky Away later this month, today Nick Cave & The Bad Seeds unveiled the new video for one of the album’s highlights, Jubilee Street.

Nick Cave & The Bad Seeds’ four sold-out album launch shows begin at Her Majesty’s Theatre, London on 10th February, with a US tour kicking off at SXSW to follow in March.

The video for the album’s first single We No Who U R can be found here.