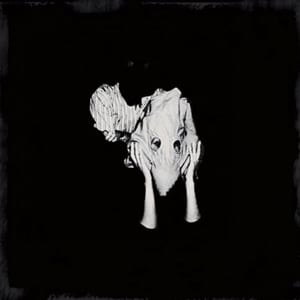 Sigur Rós have unveiled a new video for Brennisteinn, a track set to appear on their upcoming seventh album, Kveikur, out on the 17 June through XL.

Brennisteinn is the first taster of new material from the Icelandic trio following last year’s subdued and ambient comeback Valtari, though it has already been aired live by the band on the road during their recent UK tour.

Brutal is not a word normally associated with Sigur Rós but it fully applies here. Considerably more dramatic and uptempo than nearly everything from Valtari, it seems them exploring an aggressive, harder sound. The video, directed by Andrew Huang, is just as dark.

Kveikur is the first Sigur Rós album without original member Kjartan Sveinsson, who left the group last year, and will be their first for XL. The tracklisting is as follows:

Sigur Rós will return to the UK to promote the album at headlining appearances at the Eden Project, End Of The Road and Jodrell Bank over the summer as well as their own shows in Nottingham, Brighton and London in November.