Suede – It Starts And Ends With You 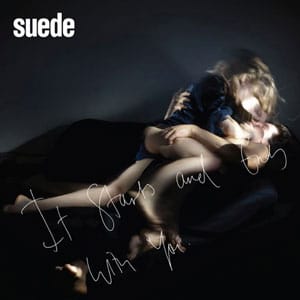 Suede’s career renaissance following their 2010 reunion has swiftly gathered pace with the premiere of a supremely stylish new video for It Starts And Ends With You. The song is the lead single from their sixth studio album, and first for a decade, Bloodsports, which is due out on 18 March.

The video was directed by Giorgio Testi and features the band performing the song while framed with lots of artfully tinged, stylish close-ups. In short, it’s very Suede.

Unlike last month’s free download Barriers, this single is Suede at their triumphant best; a euphoric piece of guitar pop that makes you want to punch the air with joy or shout with glee. Brett Anderson states that it is a “bittersweet, bouncy pop song.” Always a man with a prescient ability to accurately describe his band’s music, Anderson is spot on here. This is the sound of Suede reborn, vital and vibrant once again after 10 long fallow years.