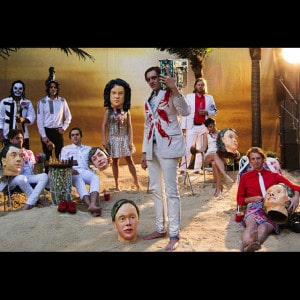 After October’s traditional refresh/redial/throw things at your computer frenzy, Glastonbury have finally announced who ticket holders will actually get to see for their £200.

Topping the bill are Arcade Fire, Kasabian and Jack White. So far, so predictable, but tantalisingly, ‘special guests’ sit prominently underneath Arcade Fire on the pretty new poster. Rumours, as ever, have been circulating, with Prince and David Bowie on many people’s lips.

There’s lots more to come, too, with 100 stages to fill, so watch this field…