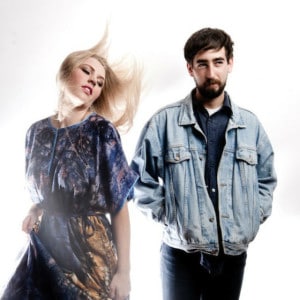 Sexy, sultry and seductive – if that’s your thing today, then you need to put Slow Club’s new single Complete Surrender on and turn it up real loud. Somewhat recalling traces of ‘80s Blondie at times, it’s sharp at the edges, slick and very modern at production and utterly and hopelessly contagious.

Considering Slow Club – AKA Rebecca Taylor and Charles Watson – have been away for the last three years after releasing their album Paradise, the forthcoming third full-length album makes for a very welcome return and quite a grandiose one at that. With producer Colin Elliot at the helm in the studio, Complete Surrender is actually the second in line to be showcased from the forthcoming album, with Taylor and Watson having already previously posted another new song titled Tears Of Joy.

May will be a huge month for fans of this kind of infectious pop sound (okay, there’s even some Katy Perry leanings here) when the album (also titled Complete Surrender) drops on Tuesday 13 May – the same day the pair play a show at London’s Village Underground.