Track Of The Day: Alexis Taylor – Without A Crutch

by Nina Bertok
published: 2 Jun 2014 in News, Track Of The Day
Tweet 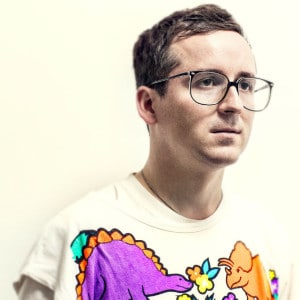 Wait, is Alexis Taylor going the way of Dallas Green?

On the first single from his upcoming solo album Await Barbarians, the angelic vocals, dreamy, gentle, swaying lullaby music and the sentimental lyrics all combine to sound like something the City And Colour frontman would be more likely to make rather than Alexis Taylor, the synth-pop maestro and Hot Chip leader.

Which is fine. This is his solo project after all, and therefore, Taylor is allowed to dabble in whatever he likes while staying as far away from Hot Chip as he can. And he does, leaving the vocals just about the only thing recognisable for the fans who have been looking forward to hearing his new album.

Directed by Ben Stockley, the video is just as low-key and mellow as Without A Crutch itself, and if you’re after a nice chill-out sesh after a big weekend, the warm tones and deeply insightful storytelling of this track will make for perfect listening. Enjoy.