Track Of The Day: Coldplay – Magic 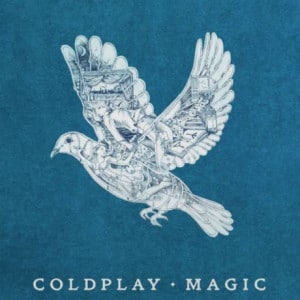 With the new full-length record Ghost Stories due out on Monday 19 May, Coldplay have just released their second single Magic and it’s yet another positive indication that the album is probably going to be a huge hit for these guys. Quite simply, six albums into the game, it appears Chris Martin and co. can’t really put a foot wrong.

Sonically, Magic may not be as catchy, dark and mysterious – or Auto-Tuned, thankfully – as the first single Midnight, but it’s undoubtedly one of those tracks that is bound to grow on you after only one or two listens, which means it’s quality.

The best news is that Magic sounds like vintage Coldplay, and pretty much as far from anything on Mylo Xyloto as you can imagine. The song is a bass-heavy romantic pop track with loads of falsetto ‘whoa’ and ‘woo’s and a cool black-and-white music video featuring Ziyi Zhang as a 1920s magician and Martin in dual roles as her smitten assistant as well as abusive husband (with whom she consciously uncouples by the end of the clip). Also, Martin’s not a bad actor either.