Track Of The Day: Gabby Young And Other Animals – I’ve Improved 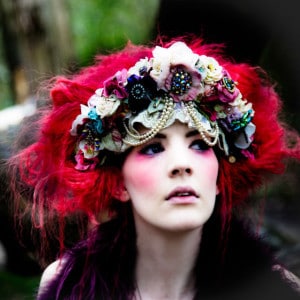 Gabby Young goes a little ‘girl power’ with her new track I’ve Improved from the forthcoming album One Foot In Front Of The Other, but manages to avoid boring clichés and instead opts for a much more fun, quirky and offbeat musical style. It’s one half ska, a little bit of folk, some aspects of pop and, most of all, one seriously catchy hook throughout. Prepare to be singing along to this one for the rest of your weekend, in other words.

The video is just as memorable, starting off in the fashion of an old silent film in which Young appears with her band Other Animals, and turns into a pop-up-book style of clip which features paper-made waves and cog wheels, oozing charm and eccentricity and general good fun.

I’ve Improved is full of big-band instruments, for which Young is now known for, and some very polished production courtesy of band member and partner Stephen Ellis. It’s a happy little tune that makes for a perfect Friday afternoon soundtrack. Get on it.