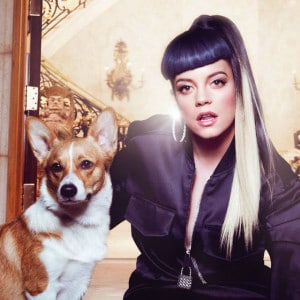 Here comes the video behind that track that was denied release as an official single due to the reoccurrence of the word “period”. How controversial. As Lily Allen rips into everyone from Rihanna, Lady Gaga and Katy Perry to Beyoncé and Lorde, one begins to wonder when she’ll start writing some songs with substance again instead of merely reacting to what everyone else around her is doing/saying. Also, there’s something extremely weird about a pop singer dishing out holier-than-thou opinions on her fellow “pop queen” peers – what’s your point, Lily?

Increasingly, it appears that Allen is beginning to rely on controversy to carry her songs rather than the actual pop melodies and infectious hooks she was once so good at and known for. The DJ Dahi-produced beat on Sheezus is downtempo and, dare it be said, actually rather boring. Chances are the track wasn’t made a single for reasons other than being ‘controversial’.

Either way, the album of the same name comes out on 5 May, so here’s hoping that the rest of it makes for better listening than the title track.