Track Of The Day: Nick Mulvey – Meet Me There 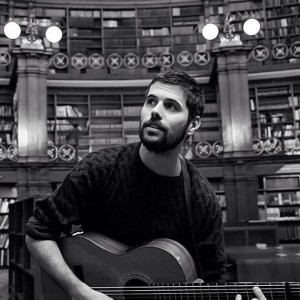 There is a lot of anticipation surrounding the upcoming release of Nick Mulvey’s debut album, out on 12 May. The singer-songwriter has been getting a lot of attention lately, especially since leaving his old band Portico Quartet, and if this latest taste from the album – the single Meet Me There – is something to go by, Mulvey is onto bigger and better things as a solo artist (it is, and he is).

It’s a beautiful little alt-pop number that is warm, swooping, soaring and full of sentiment and which is sure to stick in your head once you’ve heard it. The lyrics are just as pretty and will strike a chord with Londoners in particular, as Mulvey muses about local destinations: “’Cause they wake up every morning with the cradle in their hands, but they pretend it’s a game/Acting like the only place the truth could ever live was up on Shacklewell Lane.”

The video is very scenic and somewhat haunting too, seeing Mulvey join forces with National Geographic videographer James Morgan for the second time, after their collaboration on the track Cucurucu. In a nutshell, Meet Me There is actually deserving of every bit of hype it’s getting. And so is its maker.