Track Of The Day: Philip Selway – Coming Up For Air

by Nina Bertok
published: 1 Jul 2014 in News, Track Of The Day
Tweet 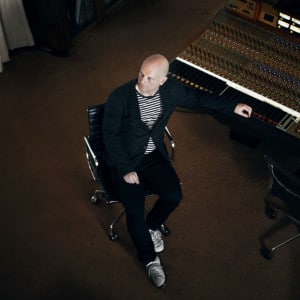 A lot of the time your solo project is inevitably going to sound like your main band – and that’s perfectly okay if that band is Radiohead.

It certainly goes for Philip Selway, Radiohead drummer and solo artist about to release his second album away from Thom Yorke and co. on 6 October. Although there are traces of Radiohead’s work (new and old) across the first single Coming Up For Air, it’s a brilliant track all on its own, with Selway joining forces with Adem Ilhan and Quinta to create a three-piece band on the new record.

As expected, it’s no cheery celebration of life, Coming Up For Air sounding exactly as the title suggests – murky, moody, breathy and packed with muted tones and hypnotic beats. Topped with reverb-drenched vocals, you can tell Selway is otherwise an absolutely integral part of Radiohead’s songwriting.