Track Of The Day: Röyksopp & Robyn – Do It Again 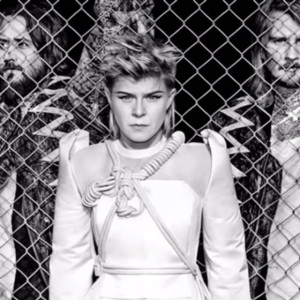 Apparently a recent night out together in Bergen inspired production duo Röyksopp and Swedish pixie electro-pop princess Robyn to create a five-track mini-album, Do It Again, due out next month. Do It Again is the first taste of what’s to come, and from the sounds of it, the trio had one hell of a night, indeed.

Glittery pop melodies prevail throughout the track which features Robyn’s fembot-styled vocals crooning in falsetto as Do It Again promises to be a summer festival anthem, or at the very least, your five o’clock Friday party starter. Hands down, this track is tailor-made for it.

The heavy, heavy bass combined with shimmery synths, break beats and thundering drums are sure to make Do It Again pretty much an instant classic as far as both Röyksopp and Robyn fans are concerned, and quite frankly, the timing of this kind of electro gem could not have been more perfect in the lead up to the long summer nights. TGIF has just found itself a soundtrack.