Track Of The Day: Sinead O’Connor – Take Me To Church 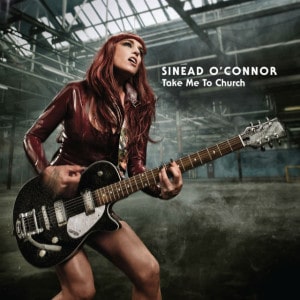 Don’t let the new-look Sinead O’Connor fool you – including the WTF-wigs and Britney Spears circa 2003 image – musically the Irish singer is still as quirky and unique musically, not to mention powerful, passionate and bold lyrically.

And don’t let the Take Me To Church song title fool you either, because the first single off her upcoming album (aptly titled I’m Not Bossy, I’m The Boss) has nothing to do with her hate for the church (this is the woman who tore up a picture of Pope John Paul on live television in 1992), and everything to do with her turning her back on her past doings.

She’s looking back, analysing her old ways, and basically forgiving herself and others, simply choosing not to make the same mistakes again in her later years. It’s typically weird, risqué and controversial, and everything O’Connor has come to be known for in her lengthy career.